You Will Love Kareena Kapoor's Dubsmash Video With Gaurav Gera

Kareena, who played the role of a college fashionista Poo, says a famous Kabhie Khushi Kabhi Gham... dialogue originally spoken by her character Poo to Hrithik Roshan's Rohan, in the video 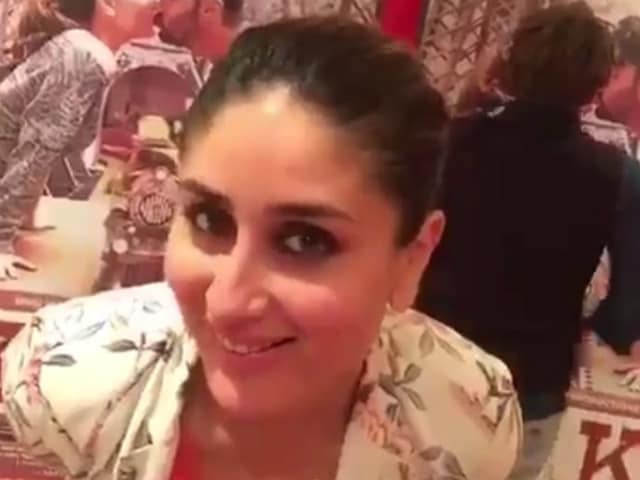 A still from the video shared by @gauravgera.

Actress Kareena Kapoor Khan, as publicity for her new film Ki And Ka, reprised her role as Pooja from 2001's Kabhi Khushi Kabhie Gham... in her Dubsmash debut with actor-comedian Gaurav Gera, who is popularly known for his 'Shopkeeper' jokes, on April 1.
Kareena, who played the role of a college fashionista Poo in Kabhi Khushi Kabhie Gham..., says a dialogue originally addressed by her character to Hrithik Roshan's Rohan, in the video.
Kareena, 35, features as saying: "Kaun hai woh, jisne dobara mudke mujhe nai dekha? Who is he?" (Also Read: Why Kareena Kapoor Khan Will Keep Mixing Roles)
Gaurav, who plays the role of the shopkeeper in the video, responds with his signature reaction. And Kareena's expression in the end will have you in splits.
Gaurav shared this video on Friday: