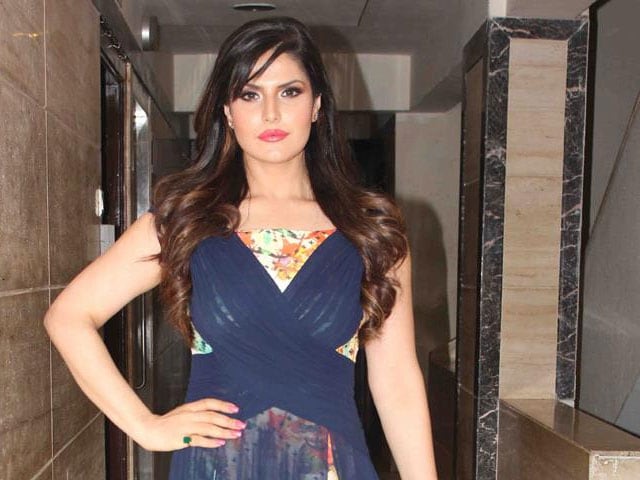 "I don't know why this film is being tagged as 'having a lot of exposure'," said Zarine Khan

Actress Zarine Khan, who will soon be seen in the third film of the erotic thriller franchise Hate Story, says she has no inhibitions about either intimacy or exposing on screen.
"You guys just tell me a film that does not have any intimate scene and is not glamorous? I don't know why this film is being tagged as 'having a lot of exposure'," the actress said here on being asked if she is ready to expose in the new film of the franchise.
"Honestly speaking, if I see any of the films being made today, there is an exposure quotient. Anyways, this is something that I will be doing for the first time. As of now, we are working on the story and the character," she added.
Hate Story 3 will reportedly star actors Sharman Joshi and Daisy Shah along with Zarine, and the film is likely to be at par with the previous two films in bold and erotic content.
The Veer actress says enacting such scenes is part of an actor's life.
"There is no point of being ready or not for the exposing scenes, because we are actors. It would be cliche if I say so, but if a character demands such stuff, then as actors we are supposed to give our best.
"I haven't done this before. This will be the first time for me, so I myself don't know how it is going to be," she added.