Zeenat Aman stars in a bilingual movie Strings of Passion 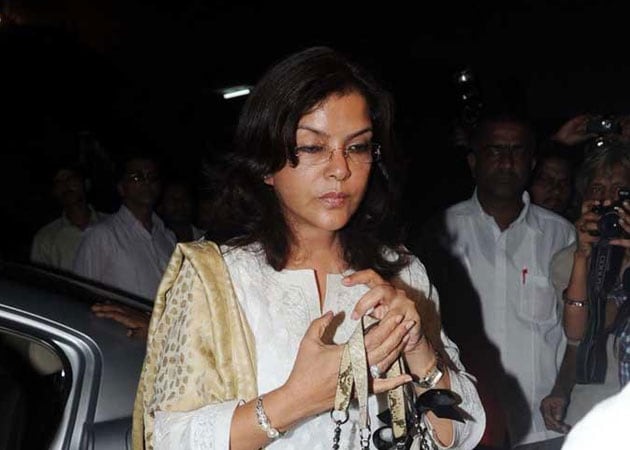 The yesteryear actress is 62-years-old.

Veteran actress Zeenat Aman has starred in a bilingual movie Strings of Passion dealing with the unexplored subject of sexual torture of male models and extras.

Veteran actress Zeenat Aman has starred in a bilingual movie Strings of Passion dealing with the unexplored subject of sexual torture of male models and extras.
Zeenat Aman, who acknowledged ignorance about such a practice, told the director of the movie, Sanghamitra Chowdhury, "Frankly, I did not know that it exists in our industry."
The yesteryear star plays the role of the mother of one of the three protagonists in the movie, which is a Hindi-English production.
"I had scripted Strings of Passion based on my research and interviews of directors, producers, cast and wannabe actors in Hindi films, who had confided me on sexual exploitation of some male model-extras. These models are desperately in need to be in reckoning. Usually they are abused as gigolos," Sanghamitra said.
Sanghamitra said the title of the movie does not reflect the subject she is exploring in the movie.
"I had actually thought about Strings of Passion as the story of three buddies Amit, Manu and Neel played by Trishan, Girish and Shubh respectively whose music band Strings Of Passion was the cementing factor," she said.
"As one key lyricist-member commits suicide, the friends meet after three years and relive their past. But from this story emerged a different tale as I could not keep the issue on the back-burner again," she said.
Zeenat, playing Manu's mother and a close friend of her son's group, is turning up in a Bengali director's work for the first time while No One Killed Jessica actor Rajesh Sharma plays the father of one of the children.
The film will be released in January with Zeenat scheduled to come to the city to attend the premiere.