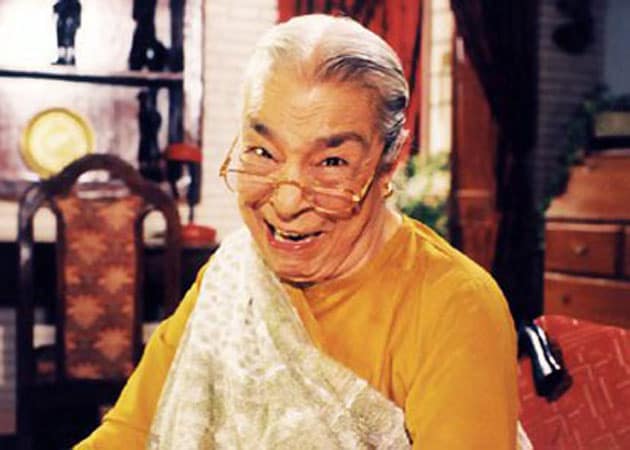 Gurinder Chadha remembers Zohra Sehgal as an artist who "loved shocking you with her unorthodox approach to her life and art".

Britain-based Indian filmmaker Gurinder Chadha remembers Zohra Sehgal as an artist who "loved shocking you with her unorthodox approach to her life and art". And the filmmaker admits that her 1993 comedy drama Bhaji On The Beach, an unorthodox take on Indian womanhood, wouldn't have been possible without the late veteran. (Also Read: Zohra Sehgal: A Life Less Ordinary)
"I worked with her in three films, and that includes The Mistress Of Spices, which my husband (Paul Mayeda Berges) directed. Now when she's gone, my abiding regret would be that I didn't work more with her," Ms Chadha said.
"What an expressive face Zohra had! And what a feisty spirited personality! She never failed to subvert our expectations of what an Indian woman of a certain age should be like. She brought her own energy on the locations when she worked with me in Bhaji On The Beach and Bend It like Beckham," she added.
Ms Chadha feels that as an artist Zohra Sehgal added a lot to her film.
"Bhaji On The Beach was a very unorthodox take on Indian womanhood. You know, we don't think of Indian women beyond a certain age as being capable of or eligible for fun. But here was Zohra and her friends in the film doing forbidden fun, shocking things in Bhaji On The Beach."
"It worked to my advantage that Zohra was somewhat a rebel and a non-conformist in real life too. You could never expect her to do the expected. And that's exactly the kind of energy she brought to Bhaji On The Beach," Ms Chadha recalled.
The filmmaker says Bhaji On The Beach was not possible without Zohra Sehgal, who died Thursday at 102.
"I don't think the film would've worked without her feisty personality. There were scenes where she was supposed to look at black people and say, Hai Ram!. She suggested improvisations in the dialogue and they worked wonderfully in the film. Zohra played a racist in the film and she went the whole hog," she said.
Known as a warm, effervescent person who had a zeal for life, Zohra had an exceptional ability to find laughter in grim situations, says Ms Chadha.
"She had a very stern face, which would suddenly erupt into a contagious laughter. Once I remember, I lit up a cigarette in front of her and apologised for the same. Zohra shocked me with her response. She said, 'It's okay. You remind me of my past lovers.' "
"She loved shocking you with her unorthodox approach to her life and art. In that sense, she was a born showman, or show-woman. On the sets she was forever filled with delightful surprises. Since she loved dancing, she would often break into dance mudras in-between shots," she said.
Age never dampened Zohra Sehgal's spirit.
"At that age she was so graceful! She was 80 when she worked with me in Bhaji On The Beach. I felt, I was working with someone far younger. By the time we worked together in Bend It Like Beckham she was even older. We were very conscious of how old she was. But apart from the fact that she had to sit and do her scenes, there was no sign of aging."
"Zohra was forever young. She loved doing comedy on screen. But she was embarrassed about over-doing it. 'Tell me if I'm over-doing it. I want to act, not over-act,' she said to me," Ms Chadha said.
"It's a pity Bollywood had very little to offer her. She had so much to give to the camera. Like I said, I wished I had worked a lot more with her."
In Bollywood, she was seen in Cheeni Kum and her last release was 2007 movie Saawariya.