Akshay Kumar's success story inspires me to believe in myself: Aditi Rao Hyadri 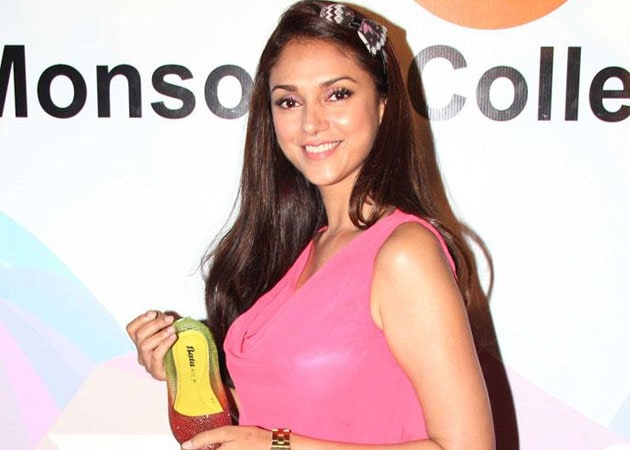 Aditi will be seen opposite Akshay in the action drama Boss

Murder 3 actress Aditi Rao Hydari, who would be seen next opposite Akshay Kumar in action drama Boss, says the success story of her co-star inspired her to believe in herself.

Murder 3 actress Aditi Rao Hydari, who would be seen next opposite Akshay Kumar in action drama Boss, says the success story of her co-star inspired her to believe in herself.
"Akshay Kumar is always on time, he is always disciplined and hard working but also always entertaining, fun behind the camera and also in front of it. He has made his own space in the industry and reached here on his own. Stories like his inspire me to believe in myself and my talent and always feel positive," Aditi said.
Boss is an upcoming action drama directed by Anthony D'Souza, who had earlier made Blue with Akshay, Sanjay Dutt and Zayed Khan in the lead.
"Boss is a big scale entertainer... It is my first film of this kind. I was the only girl on set and was spoilt thoroughly by everyone. Boss has action, comedy, romance, drama and some great songs. I hope you all will whistle," Adiit said.
Actor Aamir Khan's wife and filmmaker Kiran Rao happens to be Aditi's cousin and the actress says she has grown up admiring their work.
"I have grown up admiring both for their choices, intelligence, talent and courage. I am here to make my own journey and I hope I can carve out my own space in the industry. Whenever I need a sounding board and advice I have few people who I speak to including Kiran," Aditi said.
She recently saw Ship of Theseus which was presented by Kiran Rao. "I watched it at the screening with her and later again in the theatre. It gives you something new to think about. It's a very special film with brilliant performances," she added.
Aamir has been producing films but as of now Aditi has not got the chance to do a film with him. Ask her if there is anything in pipeline, she says, "anyone would be blessed and lucky to work with them."
Also, Aditi will be the show stopper for Anita Dongre's fashion brand Global Desi, which making its her debut at the Lakme Fashion Week.
"Global Desi signifies Boho chic... The clothes are pretty and spunky. It is for people who are cosmopolitan with an Indian heart. I was very happy when Anita Dongre said I suit their brand perfectly and am very happy being part of their debut show at Lakme Fashion Week," she said.
Aditi says she dresses according to her mood. According to her, fashion is about letting go and having fun. "It's about trying different looks and expressing yourself through them. You shine when you are fashionable not just your clothes."
Among Bollywood actresses, its Deepika Padukone, Kangana Ranaut and Dia Mirza that inspire Aditi when it comes to fashion.
"People who have a unique personality and have a relatable sense of fashion and themselves inspire me. Like Deepika Padukone she is versatile and wears everything with ease and happiness and it shows on her. While I like Dia Mirza for her elegance and Kangana Ranaut for her edge," she added.