A Most Unexpected Air Safety Video, Starring Hobbits and Wizards 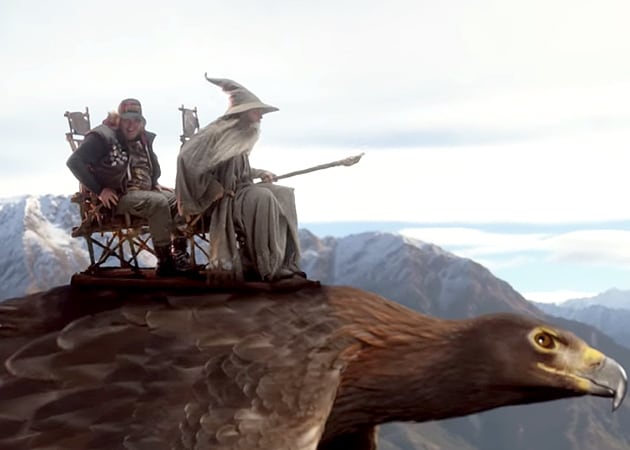 Air New Zealand describes their gone-viral air safety video as 'the most epic ever made' and they're not wrong.

The Middle-Earth and many of its inhabitants play a starring role in the video which features a couple of Tolkien fans rushing to catch their flight, find themselves sitting across the aisle from hobbit-hero Frodo (or, as he's known is real life, Elijah Wood), and then discover they've been transported to scenery peopled by elves, wizards and dwarves who then proceed to act out instructions from the safety manual.

Bungee jumping to recover the One Ring from a riverbed is involved.

Director Peter Jackson makes an extended appearance in #airnzhobbit, as do Sylvester McCoy and Dean O'Gorman who play the wizard Radagast and the dwarf Fili in the Hobbit trilogy.

Peter Jackson shot all his Lord of the Rings and Hobbit films, six in all, in New Zealand - which has had a happy ending for Air New Zealand and tourism in the country, generally speaking, if not for doomed Tolkien character Gollum.