After Secret Wedding, Jennifer and Justin Head For Honeymoon 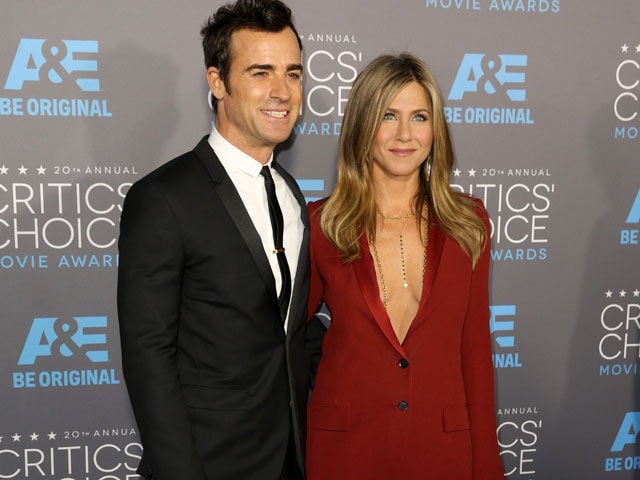 Jennifer Aniston, Justin Theroux reportedly kept their nuptials under wraps by using a neighbouring house as a decoy

Hollywood couple Jennifer Aniston and Justin Theroux jetted off on their honeymoon, reports femalefirst.co.uk.
The couple, who reportedly got married at their Bel Air home on August 6, was spotted boarding a private jet out of Van Nuys Airport, California, the following day, wearing casual attire.
They were reportedly accompanied by a group of friends, including Chelsea Handler, as they flew out to Bora Bora for the post-wedding vacation.
Meanwhile, Jennifer, 46, and Justin kept their nuptials under wraps by using a neighbouring house as a decoy.
A $10.7 million property has been lying empty to the south of their home, and so wedding decorations, tables and other supplies were all unloaded there, ready to be moved to the couple's house at the last minute.
Guests were told they were attending a surprise birthday party for Justin, who turns 44 on August 10, ensuring they arrived on time and kept the bash secret.