Alan Thicke, 69, was a popular actor and was best known for his role as a father in 1980s popular television sitcom Growing Pains 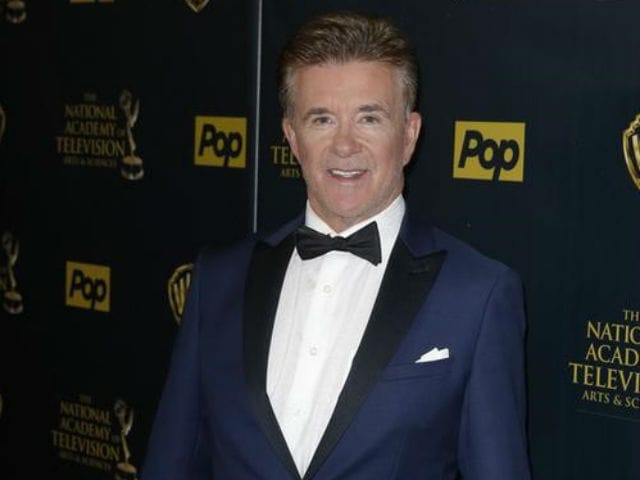 Canadian actor and songwriter Alan Thicke, best known for his role in the 1980s family sitcom Growing Pains, died on Tuesday at the age of 69. The actor reportedly suffered a heart attack while playing hockey with his 19-year-old son Carter Thicke. He was soon taken to Providence Saint Joseph Medical Center in Burbank, California, where he was declared dead. Mr Thicke rose to fame through Growing Pains that aired on ABC, where he played the role of a psychiatrist and a father, Jason Seaver. The show ran for almost seven years from 1985 to 1992. He is survived by his wife Tanya and three sons Brennan, Carter and Robin Thicke.
Paying tribute to his father, Robin, the Blurred Lines singer said that, "I saw him a few days ago and told him how much I loved and respected him." He further added that his father was an inspiration for his own musical career. "The good thing was that he was beloved and he had closure," said the Grammy award nominated-singer.
In 1988, Mr Thicke's work in the show Growing Pains earned him a nomination for a Golden Globe for the best performance by an actor in a television series. He has also hosted popular television events, including the Emmy Awards.
Many, including popular television host and comedian Ellen DeGeneres shared their grief on Mr Thicke's death on Twitter.


America loved Alan Thicke. I'm so sad he's gone. Sending so much love to his family.

The National Hockey League tweeted: "The NHL family is sad to learn of the passing of longtime hockey fan Alan Thicke."


The NHL family is sad to learn of the passing of longtime hockey fan Alan Thicke. Our thoughts are with his family and friends. pic.twitter.com/5ADyWRksuf

Also a popular composer, Mr Thicke has wrote songs for popular television shows like Diff'rent Strokes and The Facts of Life . He was all set to appear in Fuller House, a remake of the popular 1990s family sitcom produced by Netflix. In 2013, Mr Thicke was inducted into Canada's Walk of Fame.