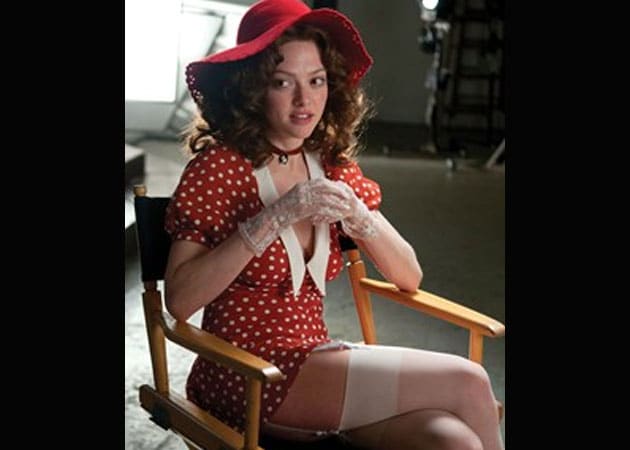 A still of Amanda Seyfried from the movie Lovelace

Actress Amanda Seyfried says she felt liberated while filming nude scenes for biopic Lovelace because she was brought up thinking nudity was wrong.

Actress Amanda Seyfried says she felt liberated while filming nude scenes for biopic Lovelace because she was brought up thinking nudity was wrong.
The 27-year-old, who plays iconic 1970s adult movie star Linda Lovelace in the biopic, was comfortable getting naked on camera, reports contactmusic.com.
"I felt liberated. Growing up I was made to think nudity was wrong because it was censored in movies, but it was like, 'What's the big deal?'," Seyfried told US Weekly magazine.
"I run every day and I try to eat well. Linda was thin but if I stopped eating, I'd just look gross," she added.
The actress also revealed that she and her co-star Peter Sarsgaard enjoyed a dinner together to get over any awkwardness before filming their intimate scenes together.
"We had a dinner before filming and we talked about why he decided to do the film. I think his wife, Maggie Gyllenhaal, convinced him to do the role," Seyfried said.