Amanda Seyfried: I have learned the importance of a long relationship from my mom 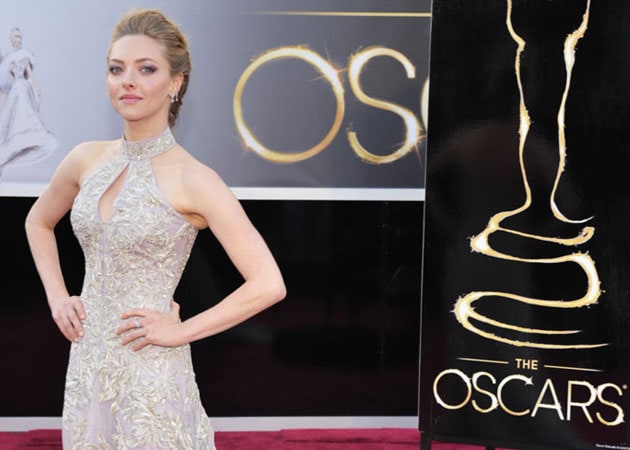 Amanda says she would never think of sleeping with someone else when she is in a relationship.

Actress Amanda Seyfried says her mother Ann and father Jack's marriage has made her believe that there is a "good" long-term relationship in the offing for her.

Actress Amanda Seyfried says her mother Ann and father Jack's marriage has made her believe that there is a "good" long-term relationship in the offing for her.
The 27-year-old actress' parents have been married for over 30 years. Their commitment to one another has convinced her that her 'Mr. Right' is out there somewhere.
Seyfried is currently dating actor Justin Long. She was previously in a three-year relationship with her Mamma Mia co-star Dominic Cooper.
"I have learned from my mom, Ann, the importance of a long relationship. She and my dad Jack have been together for more than 30 years. It always gives me hope of a good long-term relationship," femalefirst.co.uk quoted Seyfried as saying.
"I have had boyfriends and I have been in love. I would never think of sleeping with someone else when I am in a relationship. The result is that I admire people who are able to avoid affairs," she added.
Amanda admits her mother, an occupational therapist, has been a huge influence on her life. She even credits her mom for helping her cope with her difficult teen years, during which she was self-conscious about her looks and figure.
"My mom has an ability to stay calm. She is an occupational therapist and always appears to be in control of a situation. My mom knew that I suffered from body issues in my teens. I was way too shy. I felt ugly," said Seyfried.
"I was skinny and had braces on my teeth. Yet I started acting as a kid in the local civic theatre just for the fun of it. Then I was asked to become a model in my teens. I don't know why. It's a slow process for most of us in our teens," she added.