Johnny Depp's wife has filed for divorce, citing irreconcilable differences after 15 months of marriage to the Hollywood star. Amber Heard submitted the petition to a court in Los Angeles on Monday seeking spousal support 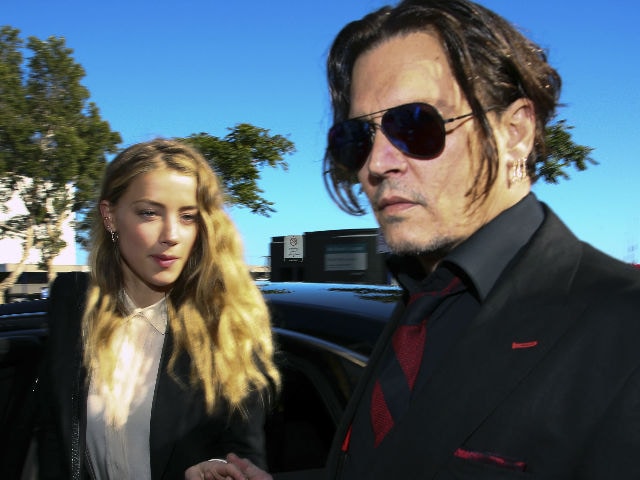 Johnny Depp's wife has filed for divorce, citing irreconcilable differences after 15 months of marriage to the Hollywood star, celebrity news media reported on Wednesday.
Court records published by the TMZ website show that Amber Heard submitted the petition to a court in Los Angeles on Monday seeking spousal support from the 52-year-old Pirates of the Caribbean star.
The separation comes less than a week after the death of Mr Depp's mother, Betty Sue Palmer, at the age of 81.
Celebrity magazine People, which said it had also obtained a copy of the petition, said 30-year-old Heard cited "irreconcilable differences."
The pair, who have no children together, have been embroiled in a spat with Australian Deputy Prime Minister Barnaby Joyce since Heard failed to declare the couple's two dogs when they arrived in Queensland state a year ago for the filming of the latest Pirates of the Caribbean installment.
Mr Joyce, who is also the agriculture minister, threatened to have Pistol and Boo put down unless they "buggered off back to the United States" for breaking Australia's strict quarantine laws.
Amber last month admitted falsifying her immigration arrivals card and was placed on a $720 one-month good-behavior bond.
The couple released an awkward video apology, after which Mr Joyce mocked Mr Depp for looking like "he was auditioning for The Godfather."
"In all seriousness, the one thing I will never revel in is any relationship breakdown, no matter what animosity that might be seen on the airwaves between Mr Depp and myself," he told reporters in Queensland on Wednesday when asked about the split.
"I have always wished the very best for people. No, I would never ever revel in something like that."
The couple do not have a pre-nuptial agreement, TMZ reported.
Amber listed their date of separation as Sunday in the documents published by the website, which make no mention of custody of the dogs.
They met on the set of the 2011 film The Rum Diary, Mr when Depp was still in a long-term relationship with the French actress Vanessa Paradis, mother of his son Jack and daughter Lily-Rose.
They married in a small, private ceremony in Los Angeles in February last year before celebrating with a larger event on Depp's private island in the Bahamas.
Mr Depp's latest film, Alice Through the Looking Glass, is due to be released on Friday.
Representatives for Mr Depp or Amber could not immediately be reached for comment.