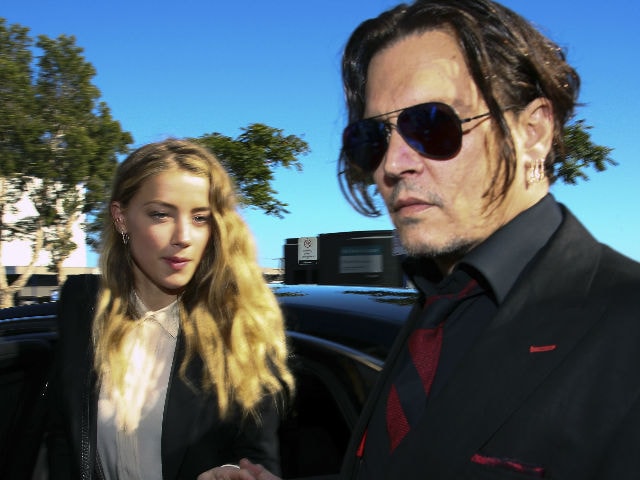 Continuing the long run drama with estranged husband Johnny Depp, actress Amber Heard recently blamed him for using charity donation for tax deduction.
The allegation came after the 30-year-old actress decided to donate her $7 million divorce settlement to two charities - the American Civil Liberties Union (ACLU), which tackles violence against women and Children's Hospital of Los Angeles - where she has volunteered for 10 years.
Shortly after the announcement, Mr Depp's aide in a statement said that the 50-year-old actor had decided to cut out the middle man and donate the settlement money directly to the charities in a series of installments.
According to a People Magazine report, a member of Ms Heard's team rejected Depp's payment plan.
The member in a statement said Ms Heard "appreciates Johnny Depp's novel interest in supporting two of her favorite charities" and called it "great and unexpected news" while also claims that the Blow star was attempting to change the terms of their settlement.
"If Johnny wishes to change the settlement agreement, we must insist that he honor the full amount by donating 14 million dollar to charity, which, after accounting for his tax deduction, is equal to his 7 million dollar payment obligation to Amber," the statement continued, adding that Mr Depp should make the payment in a lump sum rather than in installments.
"Anything less would be a transparent attempt by Johnny's counsel, Laura Wasser and Patti Glaser, to reduce their client's true payment by half under the guise of newfound concern for charities that he has never previously supported," the statement concluded.
However, ACLU confirmed that the organization has already received the funds while the Children's Hospital Los Angeles said they "have received the first installment and are grateful to Mr Depp."
(Except for the headline, this story has not been edited by NDTV staff and is published from a syndicated feed.)