"The donation will be divided equally between the ACLU (American Civil Liberties Union), with a particular focus on helping defend battered women, and the Children's Hospital of Los Angeles, where I have worked as a volunteer for the past 10 years," Amber Heard said in a statement 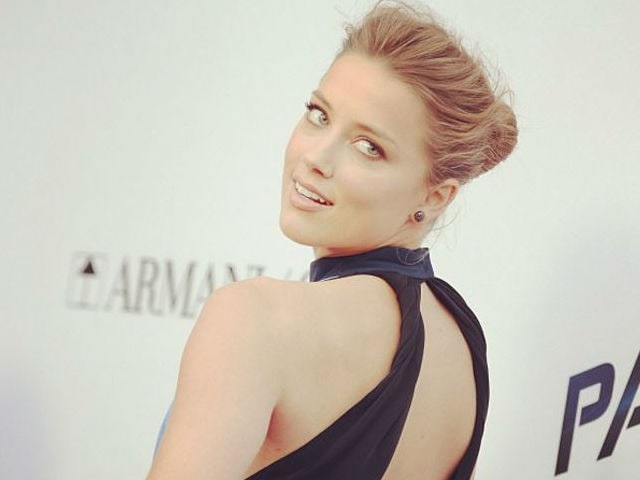 Actress Amber Heard has pledged to donate her $7 million divorce settlement from estranged husband Johnny Depp to charities that support battered women, reported TMZ.
The star ended her nasty three-month legal battle with the actor on Monday, and as part of their official marriage termination agreement, she will receive approximately USD 7 million from the 53-year-old actor.
During the divorce proceedings Ms Heard alleged she was physically abused by Mr Depp throughout their 15-month marriage, and the 30-year-old actress has now announced she won't be pocketing any cash from the settlement, using the money instead to help others in need.
"The donation will be divided equally between the ACLU (American Civil Liberties Union), with a particular focus on helping defend battered women, and the Children's Hospital of Los Angeles, where I have worked as a volunteer for the past 10 years," she said in a statement.
"Hopefully this experience results in a positive change in the lives of people who need it the most," she added.
Less than a week after filing for divorce from Mr Depp in May, Ms Heard obtained a domestic violence restraining order against him, which was rescinded as part of the terms of the couple's separation agreement. Ms Heard has made it clear throughout the divorce proceedings that she's not after a big cash windfall, and after reaching their settlement earlier this week, the former couple released a statement, in which it confirmed "neither party has made false accusations for financial gains."
In her latest announcement, Ms Heard emphasised her motivation for ending her marriage to Johnny Depp had absolutely nothing to do with money, stating: "Money played no role for me personally and never has, except to the extent that I could donate it to charity and, in doing so, hopefully help those less able to defend themselves."
Meanwhile, bosses at Children's Hospital of Los Angeles have released a statement thanking Ms Heard for the donation, noting, "Her generosity will support the lifesaving treatments and cures that CHLA provides for critically ill children each year."
(Except for the headline, this story has not been edited by NDTV staff and is published from a syndicated feed.)