An Avenger Sneaks up Behind Scarlett on Ellen. It's Hilarious 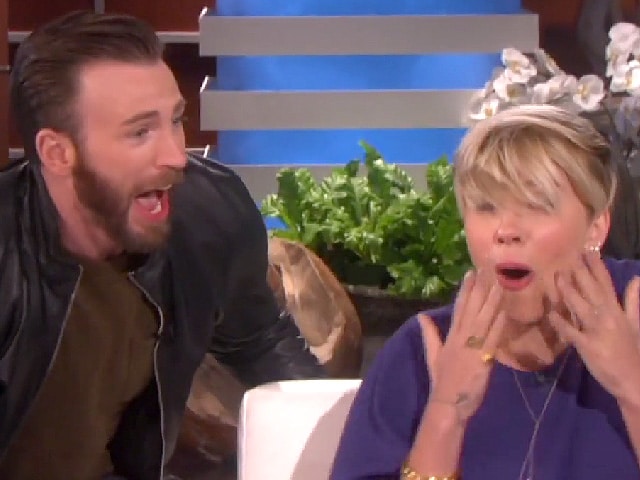 Turns out, Cap is rather less stately in real life

Captain Marvel just gave Black Widow the fright of her life on national TV. Wait, what? Nice, polite, well-mannered Cappy who says "language" when Iron Man says "s***t"?
Turns out, Cap is rather less stately in real life.
Scarlett Johansson, who plays Natasha Romanoff/Black Widow in the Avengers movies, was on Ellen DeGeneres' show and the conversation turned to Chris Evans, who plays Steve Rogers/Captain America. Scarlett said they'd done about five films together and she probably knew him 'too well' by now.
Not 'too well' to know he was going to sneak up behind her and scare her almost to death, it appears. Watch her reaction, it's hilarious:

It was all Chris' idea apparently.
When things had settled a bit and Scarlett's heartbeat had returned to normal, they played a game called 'Avenger? I Hardly Know Her,' in which Scarlett and Chris had to say which statements about the other were true or false.

Avengers: Age of Ultron has been playing in India for a week now and making blockbuster collections. It opens in America today.