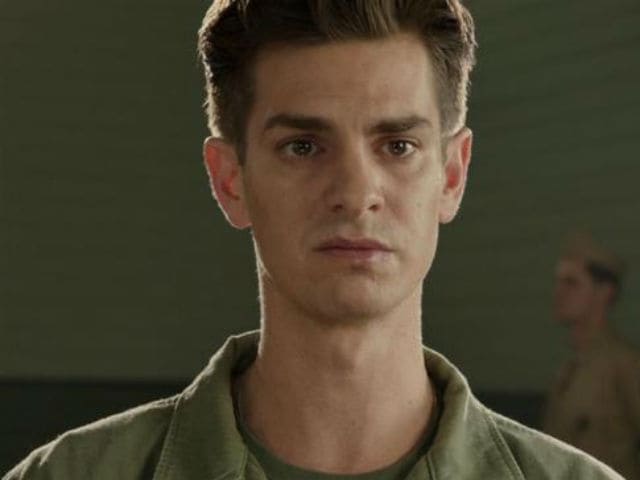 Andrew Garfield in a still from Hackshaw Ridge

After Oscar-nominated film Hackshaw Ridge, actor Andrew Garfield has been roped in to star in Black Lion which is based on the life of war correspondent Carlos Mavroleon, reported Deadline. The Amazing Spider-Man actor will also reportedly produce the film along with Rupert Fowler and Taplin Lundberg as part of Stay Gold Features. Black Lion is Andrew Garfield's second film with production house Stay Gold Features after the company after the actor's starring role in David Robert Mitchell's Under the Silver Lake, which is currently under production.
In the film, Andrew Garfield plays the role of the protagonist as Mavroleon, who was a Harvard graduate with a rich inheritance of a shipping empire worth $100 million. Subsequently Mavroleon decided to become a war correspondent, stationed in Afghanistan. He was later reportedly identified to have joined the Afghan Mujahideen, whom he guided to fight against the Russians. The war correspondent also reportedly served as the protector of a Pakistani tribal head. Mavroleon is also regarded as one of the reporters who established a connection between terrorist group Al Qaida and Pakistan. The reporter was found dead in a hotel room in Pakistan's Peshawar.
Andrew Garfield made his acting debut with 2005's short film Mumbo Jumbo and his first full-fledged role was in 2007's Lions for Lambs. He's famously featured as the crawler superhero in The Amazing Spider-Man series of films. Mr Garfield played the role of Desmond Doss, a United States Army medic, in 2016 biographical drama Hacksaw Ridge. Andrew Garfield will next be seen in medical drama Breathe.