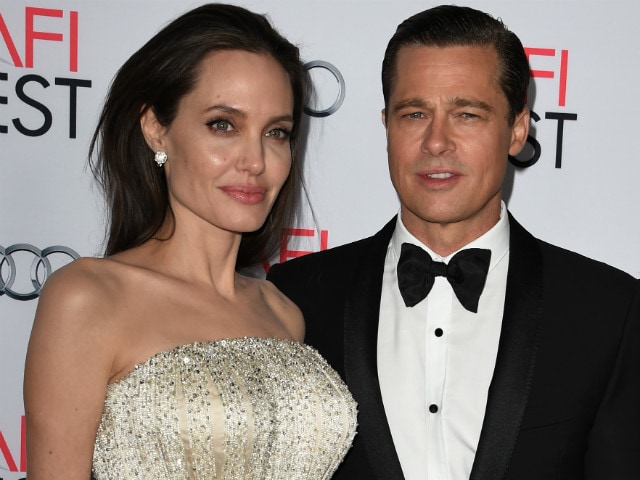 Angelina Jolie and Brad Pitt, once Hollywood's most-celebrated couple, have reached an agreement to keep details of their high-profile divorce and child custody dispute private, US media reported on Tuesday.
The estranged Hollywood film stars have "signed agreements to preserve the privacy rights of their children and family by keeping all court documents confidential and engaging a private judge to make any necessary legal decisions and to facilitate the expeditious resolution of any remaining issues," Angelina and Brad said in a statement obtained by CNN.
"The parents are committed to act as a united front to effectuate recovery and reunification."
Angelina and Brad have been in the midst of a bitter public divorce and custody battle over their children, some of which has played out on gossip television and in the tabloids.
Angelina, 41, who filed court papers in September to end their marriage, is seeking sole custody of the couple's six children.
Brad was cleared by the FBI and social workers over allegations that he struck one of his children during a flight that month from France to Los Angeles.
Brad, 53, who won a best film Oscar for producing 12 Years a Slave, is seeking joint legal and physical custody.
He has been granted visits supervised by a therapist as part of a temporary custody agreement.
Under a current arrangement, Angelina has physical custody of the children -- three of whom are adopted -- at a rented LA house.
The A-listers -- given the celebrity moniker "Brangelina" -- got married in France in August two years ago, but had been a couple since 2004.