Angelina Jolie and Brad Pitt last starred together in 2015's By The Sea, directed by Angelina. The film, an examination of a failing marriage, received mixed reviews 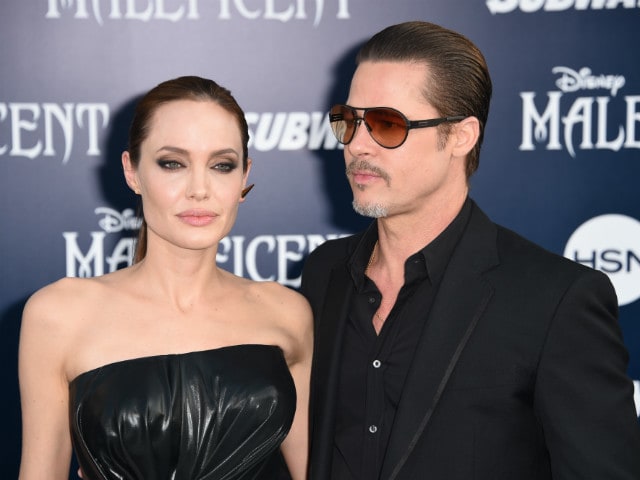 Actress Angelina Jolie has filed for divorce from Brad Pitt and Twitter is grieving over the dissolution of the entity formerly known as Brangelina.
Angelina is divorcing her husband of two years because she disagreed with Brad's parenting style, reveals TMZ. She is asking for custody of their six children and is not seeking spousal support.
Angelina Jolie and Brad Pitt started dating after meeting on the sets of Mr & Mrs Smith in 2004. They married in 2014 and are parents to three adopted and three biological children, who use the last name Jolie-Pitt.
For several months now, Angelina and Brad have been rumoured to be on the brink of divorce. Now that they really are divorcing, social media is heartbroken.
#Brangelina is the top trend on Twitter at the time of writing this.
Fans were devastated:


so I know there are real issues in the world to consume my attention...but this #brangelina news is kinda heartbreaking...

No more #brangelina eh? And I thought those two crazy kids might actually make it work

That moment when you trusted #Brangelina more than yourself.. pic.twitter.com/8Z02TkHLo0

This can't be true, they were so beautiful together
#brangelinapic.twitter.com/jzQwHla8XK

F.R.I.N.D.S star Jennifer Aniston, with whom Brad was still married to in 2004, was also brought up in a number of tweets:

What?? #Brangelina is trending? Their done? I am shocked. I mean, it's not like they broke up a marriage to be together! #Karmapic.twitter.com/qqnfeIIAMr

The marriage of an actress who wore vials of her ex's blood around her neck to an affairing Hollywood actor didn't last? Shocker #Brangelinapic.twitter.com/BLhF1K5CWx

Some, however, found it in their hearts to joke:

What #Brangelina is done? I can't be adopted anymore! What!!! pic.twitter.com/TgwlaSO7Gc

Anyone remember what happened the last time a Hollywood superstar divorced their spouse and took the adopted children? #Brangelinapic.twitter.com/nxpijn4SXm

Angelina Jolie and Brad Pitt last starred together in 2015's By The Sea, directed by Angelina. The film, an examination of a failing marriage, received mixed reviews.