"This decision was made for the health of the family. She will not be commenting, and asks that the family be given its privacy at this time," Angelina Jolie's attorney Robert Offer said in the statement 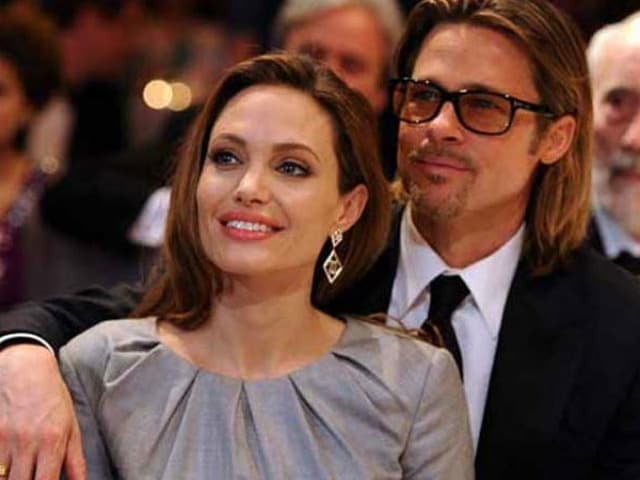 It's over for Hollywood's most glittering couple. Angelina Jolie has filed for divorce from Brad Pitt, her husband of two years and partner of 12 years.
Reuters carried a statement from Angelina's attorney Robert Offer that said: "This decision was made for the health of the family. She will not be commenting, and asks that the family be given its privacy at this time."
TMZ reports that the date of separation is listed as September 15. Angelina, 41, is seeking custody of their six children and visitation rights for Brad, 52. She has not asked for spousal support.
Sources blamed the divorce on Brad's parenting style, of which Angelina reportedly didn't approve. The divorce application cites irreconcilable differences.
In an interview with People magazine, Brad said: "I am very saddened by this but what matters most now is the well-being of our kids. I kindly ask the press to give them the space they deserve during this challenging time."
Together, they have six children, three of whom are biologically theirs.
Angelina Jolie and Brad Pitt met while filming Mr & Mrs Smith in 2004 and fell in love. At the time, Brad was still married to actress Jennifer Aniston. Angelina had been married twice before, to actors Jonny Lee Miller and Billy Bob Thornton.
Between them, Angelina Jolie and Brad Pitt have an impressive body of work. Angelina, who won a Best Supporting Actress Oscar for Girl, Interrupted, is the star of films like Salt, Maleficent, Changeling and the Lara Croft series. She is also known for her humanitarian work as a Goodwill Ambassador for the United Nations. After a breakout role in Thelma & Louise, Brad starred in the Ocean's Eleven trilogy, Fight Club, Babel and Inglourious Basterds. He is also a successful producer, taking home a producing Oscar for 12 Years A Slave.
The couple have steered through stormy weather together, like Angelina's double mastectomy. Their marriage has been rumoured to have been on the rocks for some time now. Last year, Angelina directed By The Sea starring herself and Brad, an examination of a troubled marriage that prompted speculation it was semi-autobiographical.
For fans of Mr & Mrs Pitt, the divorce will be saddening but perhaps not surprising.