Angelina Jolie: From Girl, Almost Interrupted to A Mighty Heart 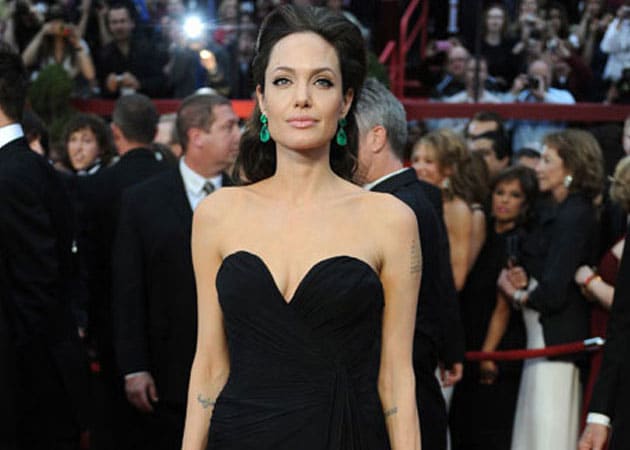 Having lived life with all the gusto that she could gather, beating all the odds, Angelina is not only a survivor, but also a fighter, and a giver.

Born on June 4, 1975, Angelina Jolie Voight is a woman of many talents and exemplary gorgeousness. Primarily an actor, she is also a writer, a producer, director, philanthrope and a dedicated mother.

Daughter of actors John Voight and Marcheline Bertrand, Angelina attended The Lee Strasberg Institute at age 11, where she lasted two years, and eventually went to the New York University to study films before she joined the Met Theatre Group in Los Angeles. Angie began her career at the age of seven, when she made a small appearance alongside her father in the movie Looking To Get Out (1982) but her big screen debut happened almost ten years later in a low-budget movie called Cyborg 2 (1993). But it was only after her portrayal of troubled model Gia Carangi in the HBO movie Gia (1998), that Angie finally caught the critics' fancy and won a Golden Globe Award for her performance. Her career took off, and she subsequently did movies like Girl, Interrupted (1999) which won her an Academy Award for Best Supporting Actress, and eventually took on movies like The Bone Collector (1999), Gone in 60 Seconds (2000), Original Sin (2001), the Lara Croft series, Mr & Mrs Smith (2005), Kung Fu Panda (2008) and Kung Fu Panda 2 (2011), along with movies like The Good Shepherd (2006), A Mighty Heart (2007), Changeling (2008), Salt (2010) and this year's blockbuster Maleficent. Having co-produced A Mighty Heart, Angie ventured into direction in 2011 with the film In the Land of Blood and Honey, a love story between a Serb soldier and a Bosnian prisoner of war, set during the 1992-95 Bosnian War, and then came out with the movie Unbroken, a film about the World War II hero Lou Zamperini.

Having had a tumultuous relationship with her dad, Angie is known to have had her struggles with depression, violence and substance abuse from a very early age. (Also read: Angelina Jolie's 'Drug Days' Video Leaked Online) Having tried every drug in the book, the actor is known have struggled with self-mutilation and self-inflicted bodily harm. But that didn't stop her from turning her life around and becoming one of the highest grossing superstars of Hollywood.

Angie is also known to have had a series of interesting relationships. Polyamorous flings apart, Angie was married to actor Johnny Lee Miller (1996 to 1999) and Billy Bob Thornton (2000 to 2003), before she started dating actor Brad Pitt in 2005 (it is rumoured that she was the reason he and actor Jennifer Aniston divorced), and got married to him on August 23, 2014 in France in a hushed ceremony. They have six kids together, three of whom are adopted.

Apart from her career, Angelina has a humanitarian side which has benefitted many helpless souls. The Goodwill Ambassador for the United Nations High Commissioner for Refugees (UNHCR) since 2001, Angie has worked very hard to obtain aid for countries like Sierra Leone, Tanzania, Jordan, Cambodia, Darfur to name a few. She was eventually promoted to the rank of Special Envoy to High Commissioner Antonio Guterres in 2012, after more than a decade of service to the UNHCR. She devotes one third of her income to savings, one third to living expenses and one third to charity. Angie received the Global Humanitarian Action Award from the United Nations Association of the USA for her activism on behalf of refugee rights in 2005. Apart from this, she has also been fighting for humanitarian interests in Washington. She has been involved in pushing for legislation to aid child refugees and other vulnerable children in both developing nations and the US, along with helming an international campaign against sexual violence in military conflict zones.

In February 2013, Angelina underwent a preventive double mastectomy after it was revealed to her that she had an 87 percent chance of developing breast cancer due to a faulty gene. Having kept the news of the surgery under the wraps for at least three months, Angie made a public statement in an op-ed she wrote for The New York Times where she explained the medical procedure and the process in order to help other women make informed choices.

Having lived life with all the gusto that she could gather, beating all the odds, Angelina is not only a survivor, but also a fighter, and a giver.