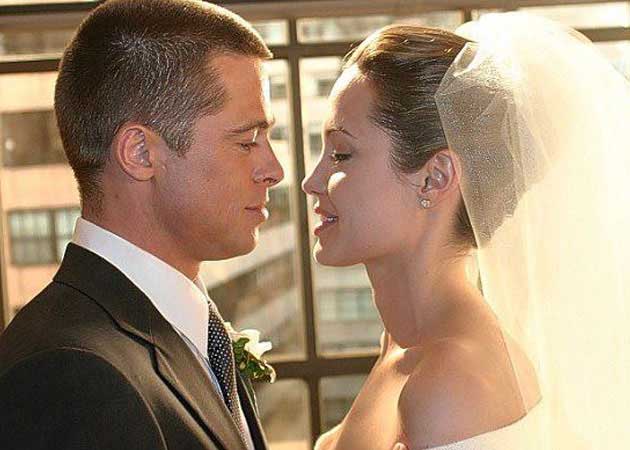 A still from Mr & Mrs Smith featuring Angelina and Brad

Hollywood couple Angelina Jolie and Brad Pitt engraved a special message dedicated to her mother Marcheline Bertrand, who passed away from ovarian cancer in 2007, in the chapel where the two got married.

"Brad had a dedication to Marcheline engraved inside the chapel where we stood," the Maleficent star said, adding that they stood on a special stone which featured a tribute on it.

The 39-year-old bride and her brother James Haven additionally wore some jewellery which belonged to their late mother during the ceremony. "I also wore a little flower ring that was hers, and Jamie wore an angel pin from her jewellery box," she shared.

Angelina said her mother was her "best friend" adding, "There are no words to express what an amazing woman and mother she was."