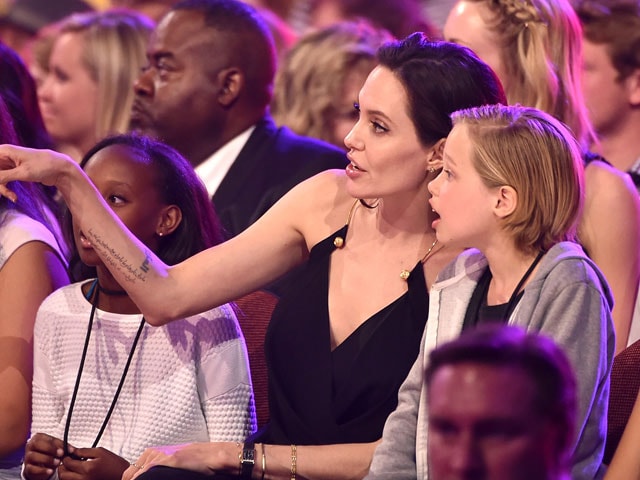 Angelina with her children Zahara and Shiloh at the Kids' Choice Awards (Image courtesy: AFP)

Actress Angelina Jolie made her first post-surgery appearance when she attended the Kids' Choice Awards in California on March 28, where she won the award for Favourite Villain for her role in Maleficent.

The 39-year-old was joined by daughters Zahara, 10, and Shiloh, 8, for the big event, where she was also up for the Favourite Actress award. But she lost out to Emma Stone, reports people.com.

Angelina Jolie made headlines on March 24 when she announced that she had her ovaries and fallopian tube removed in mid-March, after her doctors told her that she was showing early signs of cancer.

The actress revealed in May 2013 that she had undergone a preventive double mastectomy after genetic tests revealed she was at a high risk for both breast and ovarian cancer -- the latter claimed the life of her mother, Marcheline Bertrand, in 2007.