"The agents wanted a breakdown of everything that happened from when the plane took off to when it landed. Angelina fully cooperated," a source told Us magazine.com 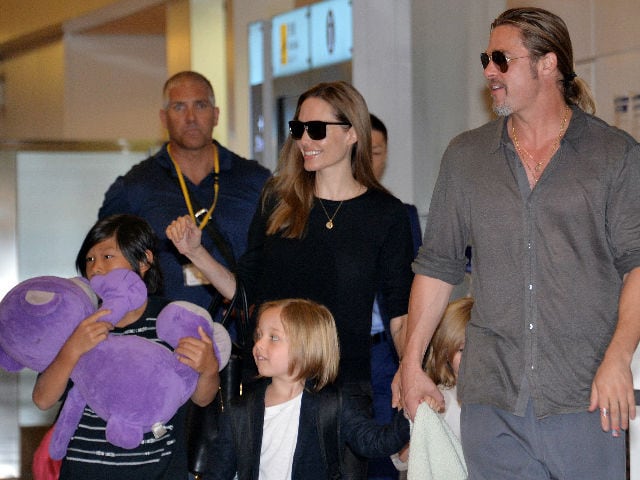 Actress Angelina Jolie was questioned by the Federal Bureau of Investigation (FBI) for four hours over her estranged husband and actor Brad Pitt's private plane incident.
Brad is alleged to have gotten "verbally abusive" and "physical" with their son Maddox, 15, while under the influence of alcohol during a flight on September 14 and Jolie filed for divorce just days later.
After an anonymous source reported the alleged incident, the FBI got involved as they have jurisdiction because the incident occurred in mid-air.
"The agents wanted a breakdown of everything that happened from when the plane took off to when it landed. Angelina fully cooperated," a source told usmagazine.com.
The source added that the FBI "will likely investigate for another few weeks". After that they "will present the case to the prosecutor, who will evaluate whether they feel the need to bring charges. It could potentially be months".
Yet both Brad and Angelina are eager to avoid a court case, with the source explaining: "Neither side wants this to go to court because everything the FBI and DCFS (Department of Children and Family Services) investigated will potentially be made available to the public, which would be bad for the entire family."
It was later reported that "Maddox suffered no injuries and some witnesses on the jet say Brad's contact with the boy was inadvertent".
Meanwhile, it has been reported that DCFS have extended their investigation into Brad.
The two and their children -- Maddox, Pax, 12, Zahara, 11, Shiloh, 10, and eight-year-old twins Knox and Vivienne -- have all been previously interviewed. The DCFS has now expanded its investigation to other alleged incidents.
Angelina and Brad have agreed on a parenting plan, giving the actress temporary physical custody over the children with Brad allowed to visit them under the supervision of a therapist.
(Except for the headline, this story has not been edited by NDTV staff and is published from a syndicated feed.)