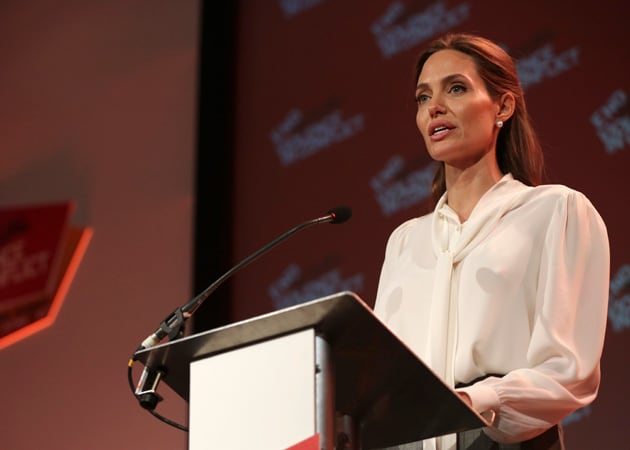 Maleficent is scheduled for release in China June 20

Actress Angelina Jolie has become a target for Chinese film fans after questioning director Ang Lee's links to their nation in a media interview.
The 39-year-old was promoting her new movie Maleficent, which is set to open in China later this month, when she was asked to name her favourite Chinese director, reports contactmusic.com.
She chose the Life of Pi filmmaker, and then stated: "I am not sure if you consider Ang Lee (as) Chinese; he's Taiwanese, but he does many Chinese-language films with many Chinese artists and actors, and I think his works and the actors in his films are the ones I am most familiar with and very fond of."
The remarks courted controversy because Taiwan and China have been at odds since 1949, and the Chinese people see Taiwan as a renegade province.
Angelina's comments prompted a series of scathing attacks online, with some Chinese film fans threatening to boycott her movies, according to The Wall Street Journal. (Also Read:  When 50 Cents Spoofed Maleficent)
One upset fan wrote: "By implying that Taiwan and China are two separate countries, in a moment of excitement, a brilliant woman became a stupid laughing stock."
Another called the actress "a deranged Taiwan independence supporter."
Maleficent is scheduled for release in China June 20.