Angelina Jolie used to scare her children to prepare for Maleficent 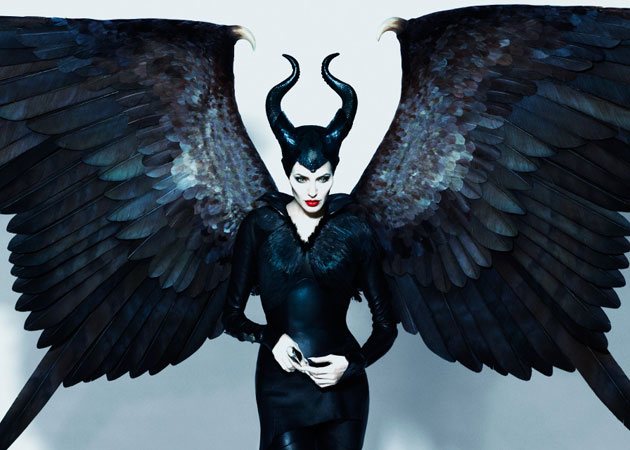 Angelina Jolie says she went "nuts" while preparing for her negative role in Disney's Maleficent as it involved screaming at bushes and trying to scare her children with her costume and voice.

Angelina Jolie says she went "nuts" while preparing for her negative role in Disney's Maleficent as it involved screaming at bushes and trying to scare her children with her costume and voice.
The 38-year-old actress enjoyed playing the villainous fairy in the children's classic and would bring her scary costume home to practice for her role, reported Entertainment Weekly.
"I loved being Maleficent. I was quite sad to put my staff down and put my horns away because somehow, she just lives in a different world," Jolie said.
"But I did have to take my staff home to practice walking with it in my cloak, and then I would go outside and scream at the bushes to expand my voice and play with my voice. So, mom was a bit 'nutso' for a period."
Describing her character in the film, Angelina said the role demanded something that she has never done before.
"Maleficent was always so elegant. She always was in control. And to play her was difficult. I worked on my voice a lot. She's bigger than me. She's on a different level of performance that I have never done. She's very still. "
"She's very sure of herself, but I couldn't figure out her voice, I kept playing with these different types of British voices, making my voice darker and scarier."
Angelina's daughter Vivienne plays young Princess Aurora, while Pax and Zahara both play prince and princess from foreign lands.