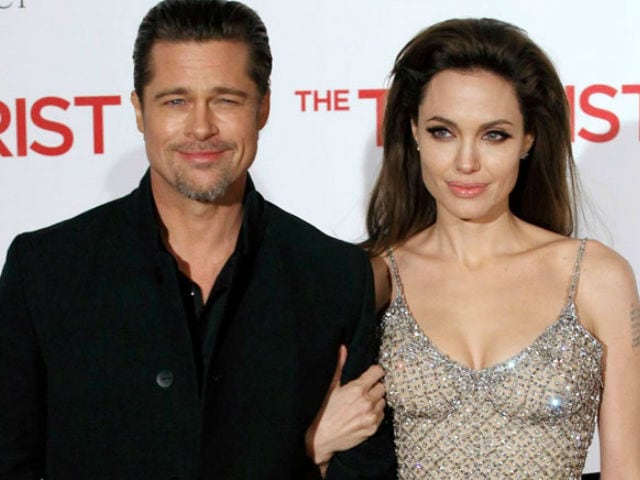 Angelina Jolie filed for divorce from Brad Pitt in September 2016

Angelina Jolie, who filed for divorce from her actor husband Brad Pitt, has sealed the documents of divorce and their children's custody, reports TMZ. However, in the final documents submitted before the court, a copy of which was obtained by TMZ, Ms Jolie's lawyer Laura Wasser stated that the actress' estranged husband is "terrified that the public will learn the truth." Earlier, Brad Pitt, 53, allegedly slammed Angelina Jolie, 41, after she filed unsealed documents trying to prevent him from altering their custody arrangement. Angelina Jolie filed for divorce in September 2016 and applied for full custody of their six children.
According to the documents filed by Ms Wasser, Brad Pitt is lashing out because he is "terrified that the public will learn the truth." In the documents, she says all he is doing is trying to "deflect from (his) own role in the media storm which has engulfed the parties' children," reports TMZ.
"There is little doubt that (Brad) would prefer to keep the entire case private, particularly given the detailed investigations by the Federal Bureau of Investigation and the Dept. of Children and Family Services into allegation of abuse."
Brad Pitt and Angelina Jolie are parents to Maddox, 15, Pax, 13, Zahara, 11, Shiloh, 10, and 8-year-old twins Knox and Vivienne. Recently, Ms Jolie ringed in the New Year in Colorado with her children, while Brad met the kids over Christmas.