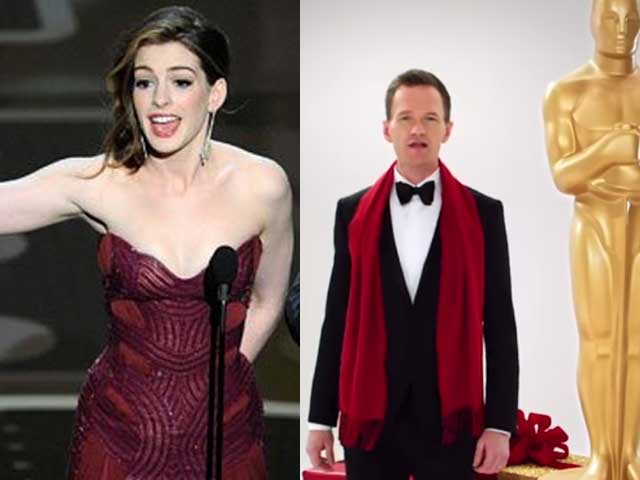 "Do the opposite of what I did, and you'll be fine," said Anne Hathaway

Les Miserables star Anne Hathaway has advised Neil Patrick Harris to do the opposite of what she did as an Oscar host in 2011 alongside James Franco.

The actress and her co-host James received a lot of flak for their poor hosting duties at the 2011 Academy Awards and Anne, feels Neil will do just fine with his hosting duties, reports the New York Times.

On being asked if she has some advice for the actor, Anne said, "Do the opposite of what I did, and you'll be fine."

Anne, who won the Best Supporting Actress Oscar in 2013 for her role in Les Miserables, and her co-host James Franco were criticised for their lack of chemistry at the 2011 Academy Awards. James seemed bored the entire time while Anne appeared to be over-enthusiastic as a host.

When asked what went wrong with them, the actress said, "I think it's so obvious that it doesn't even need to be identified. He'll be great. He's a natural host."

The 2015 Academy Awards will take place on February 22.