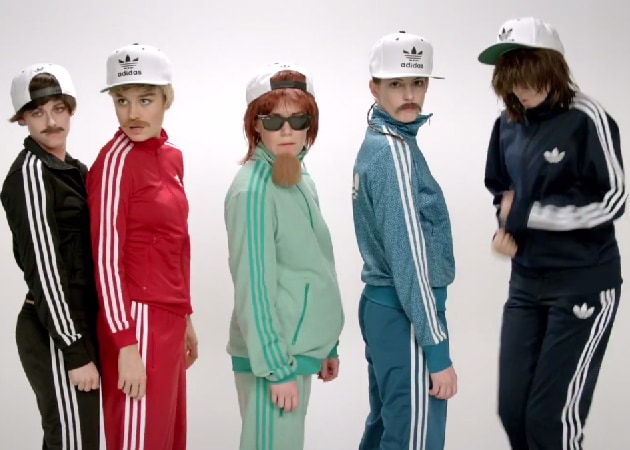 A still from the Just One of the Guys music video shows Kristen, Anne and Brie with other women in drag

Actresses Anne Hathaway and Kristen Stewart have donned moustaches, tracksuits and rat tails to star as men in a new music video.
The Hollywood beauties lent their acting abilities to Jenny Lewis's new video for Just One of the Guys, reported Digital Spy.
Brie Larson also stars in the video for the lead single from Jenny's first solo album in six years, The Voyager. (Also Read: When Anne scared paparazzi away with dog poop)
Earlier this year, during an appearance with Jimmy Fallon on The Tonight Show, Anne tackled hip-hop classics such as Snoop Dogg's Gin and Juice and 50 Cent's In Da Club.