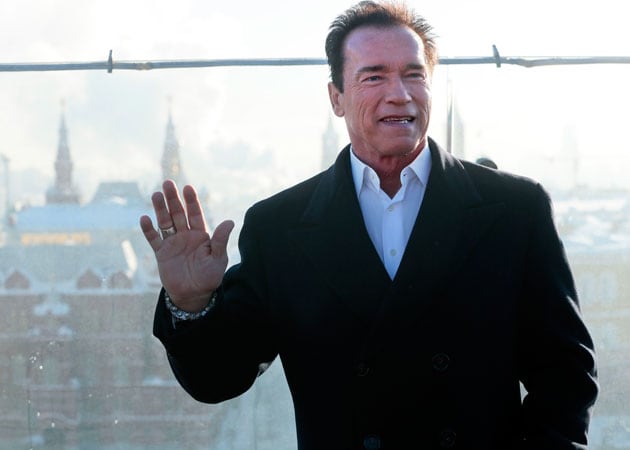 Arnold Schwarzenegger in a still from Terminator

Hollywood star Arnold Schwarzenegger's famous dialogue from Terminator series "I'll be back" has been named the best movie catchphrase of all time.

Hollywood star Arnold Schwarzenegger's famous dialogue from Terminator series "I'll be back" has been named the best movie catchphrase of all time.
In a poll conducted by LoveFilm, Schwarzenegger's dialogue has garnered 25 per cent votes to become the best catchphrase of all time, reported Daily Express.
"I'll be back" has beaten Sean Connery's unforgettable line "Bond, James Bond", from Dr No after it could only receive 14 per cent votes.
"There are catchphrases from films that are universally recognised and quoted time and time again. It's interesting to see how they've crossed over into mainstream conversation, and amazing that one line can instantly conjure up a character and a scene so vividly," LOVEFiLM editor Helen Cowley said. "We've rounded up a definitive list of the best ten, the editor added.
"Supercalifragilisticexpialidocious" from Mary Poppins came third. The Ghostbusters catchphrase "Who you gonna call?" came forth on the list while Sherlock Holmes' "Elementary, my dear Watson" came fifth.
Robert De Niro's "You talking to me?" line from Taxi Driver and Robin Williams' "Good Morning Vietnam" also appeared in the list of best movie quotes.