"Thank you @TheRock for being so sweet , thank you @priyankachopra for making this possible," wrote Arpita Khan Sharma on Twitter 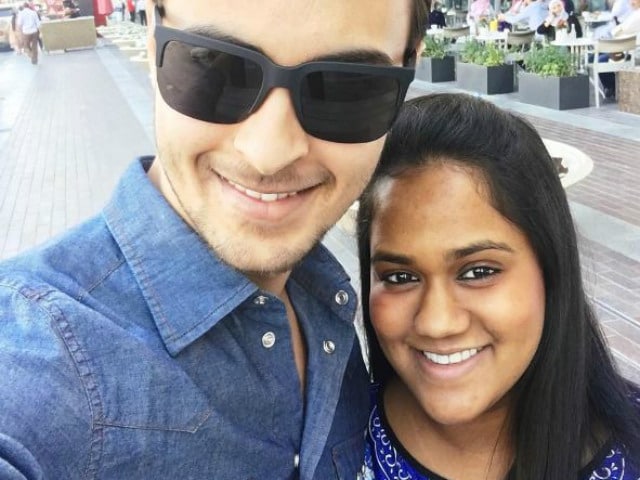 Salman Khan's sister Arpita Khan Sharma and her husband Aayush had a 'fan moment' when they met Hollywood star Dwayne Johnson courtesy Priyanka Chopra in New York recently. Arpita, who is holidaying in the city with Aayush and baby Ahil, shared pictures from the meeting with 'The Rock' on Twitter on Sunday.
Arpita described Priyanka's Baywatch co-star as 'sweet' and thanked the 33-year-old actress for 'making this possible:'

Thank you @priyankachopra for making this possible. Fan moment @aaysharmapic.twitter.com/s0ADJZtRcO

Thank you @TheRock for being so sweet , thank you @priyankachopra for making this possible pic.twitter.com/fgYorQ5Yac

Priyanka and 'The Rock' wrapped the shooting of their upcoming beachside movieBaywatch last week, and are both currently in New York. Priyanka plays the main antagonist Victoria Leeds in her Hollywood debut while Mr Johnson is the head of the lifeguard squad as Mitch Buchannon. Mr Johnson is busy shooting for his forthcoming film Central Intelligence, in which he stars as a secret agent. The much-awaited Baywatch hits screens on May 19, 2017.
Arpita and Aayush married in November 2014 and Ahil is their first child.