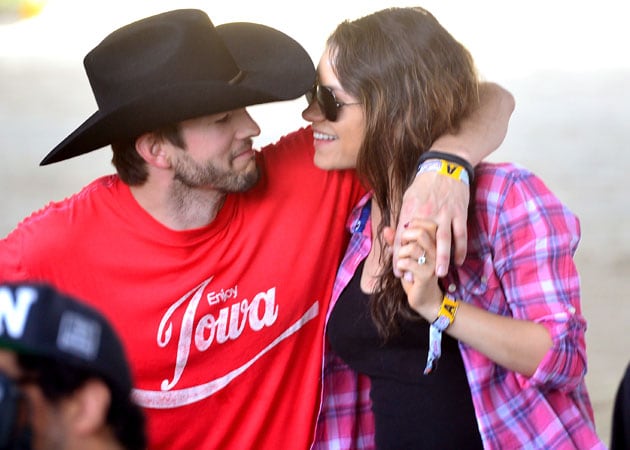 Ashton and Mila were engaged in February 2014

Hollywood's A-list couple Ashton Kutcher and Mila Kunis were reportedly married over the weekend.
The revelation was made by a source to People.com which also states that their reps have not yet responded to requests for their comment.
Mila and Ashton are parents to daughter Wyatt who was born in October 2014. They are reportedly expecting again.
Ashton, 37, and Mila, 31, co-starred as Jackie and Kelso on hit TV series That '70s Show, which ran from 1998 to 2006 and where they were paired opposite each other.
Ashton Kutcher was previously married to actress Demi Moore.
The couple parted ways in 2011 after being married for six years amid rumours of infidelity on Ashton's part. He began dating Mila in 2012, a year after splitting from Demi, but the couple have reportedly known each other since Mila was 14.