At Cannes, a Choice Between Tight Security and Wrecking the Party

With a host of Hollywood stars including Julia Roberts, Jodi Foster, Sean Penn, Robert De Niro, Kirsten Dunst, Charlize Theron, George Clooney and Jeff Bridges due on the Croisette for the festival which starts on May 11, police are taking no risks 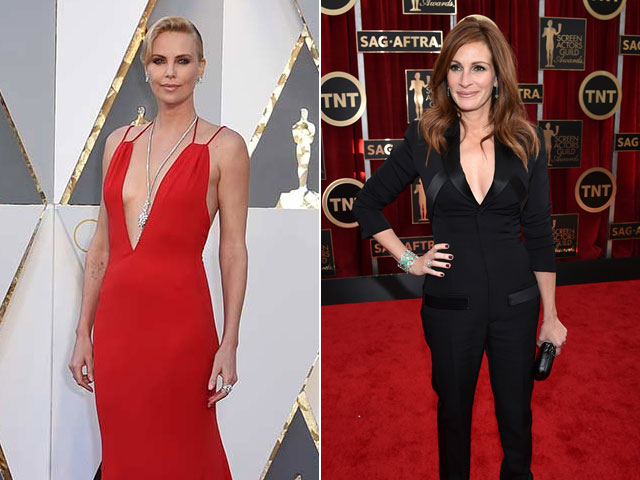 The Cannes film festival opens this week with the authorities in the French Riviera resort torn between the need for tight security and wrecking the party of a particularly starry year.
France is still officially under a state of emergency, 6 months after the Paris attacks in which 130 people died and Interior Minister Bernard Cazeneuve will visit the town himself to oversee measures. He promised "the highest level of security possible given the context of the terrorist threat."
With a host of Hollywood stars including Julia Roberts, Jodi Foster, Sean Penn, Robert De Niro, Kirsten Dunst, Charlize Theron, George Clooney and Jeff Bridges due on the Croisette for the festival which starts on May 11, police are taking no risks.
They staged a simulated terror attack last month on the Palais des Festivals, where the films in the running for the Palme d'Or are shown, to test their new emergency response plan.
A car bomb attack on a school on the town was also a part of the scenario, with four top security experts including former Israeli general and anti-terrorism expert Nitzan Nuriel carrying out a full security audit.
Air and sea exclusions zones are also being declared, including a ban on drones, with a security cordon thrown around Cannes and all road and rail routes leading to the town.
Mayor David Lisnard said that the police were being ordered to "randomly search people in the street. "We are taking all measures so that the festival will be both safe and popular," he said.
More than 500 security personnel will guard the Palais des Festivals itself and prefect Adolphe Colrat will announce on Monday the number of police and paramilitary gendarmes that are being drafted in to patrol around that cordon.
He has already said that security will be "a degree above last year's levels" which were themselves ramped up after the Charlie Hebdo and Kosher supermarket attacks in Paris.
But many are worried that too much security will cramp Cannes, making the already hectic merry-go-round of screenings, meetings, interviews and parties all the more difficult to navigate.
'Sealed bubble'
The head of the Directors' Fortnight section of the festival, Edouard Waintrop sounded the alarm, telling reporters that he had been forced to cut screenings.
"We will have exceptional security measures in place this year. We've lost 17 hours of screenings which is equivalent to four films due to the new security protocols for gaining access to the cinemas. If the numbers have fallen this year, it's not out of choice but rather necessity," he added.
The festival's President Pierre Lescure insisted a balance had to be struck between security and freedom of movement.
Nevertheless, there would be no compromising on the "sealed bubble" around the Palais, he said, where the stars including Russell Crowe, Kristen Stewart and Ryan Gosling will walk the red carpet. With a quarter of a million visitors due in the Mediterranean resort during the festival, which runs until May 22, bottlenecks and queues are inevitable, however.
And no amount of security in the past has deterred the determined criminals and cat burglars of the Cote d'Azur.
The so-called Pink Panther gang were blamed for a 103-million euro ($130-million) gem theft in 2013 from the Carlton hotel where Alfred Hitchcock's classic film To Catch a Thief was set, and last year, robbers escaped with 17.5 million euros worth of jewellery after holding up the Cartier boutique on the Croisette.
The festival's opening film, however, comes from a seemingly more innocent era. Woody Allen's Cafe Society starring Kristen Stewart, is about a young couple who fall in love in 1930s Hollywood.