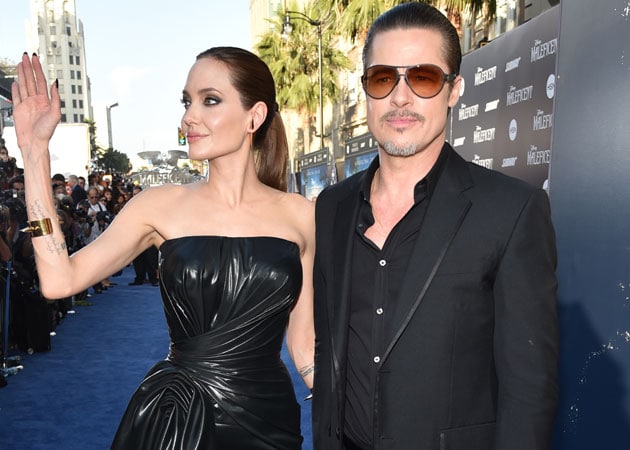 Brad Pitt and Angelina Jolie at the premiere of Maleficent

An infamous red carpet prankster struck actor Brad Pitt in the face as he signed autographs at the Hollywood premiere of a film starring his partner Angelina Jolie on Wednesday, police said.

An infamous red carpet prankster struck actor Brad Pitt in the face as he signed autographs at the Hollywood premiere of a film starring his partner Angelina Jolie on Wednesday, police said.
Pitt, a Golden Globe-winning actor, was at the premiere of Maleficent, at the El Capitan Theater in Hollywood, California, when Vitalii Sediuk leaped over a fence and hit him, said Los Angeles Police Department spokesman Gus Villanueva.
Pitt was not seriously hurt and authorities quickly subdued Sediuk, who was arrested for misdemeanor battery and remained in police custody on Wednesday night, Villanueva said. Sediuk is now being held pending payment of $20,000 bail.
(Also read: Angelina Jolie Feels Dull After Playing Maleficent) 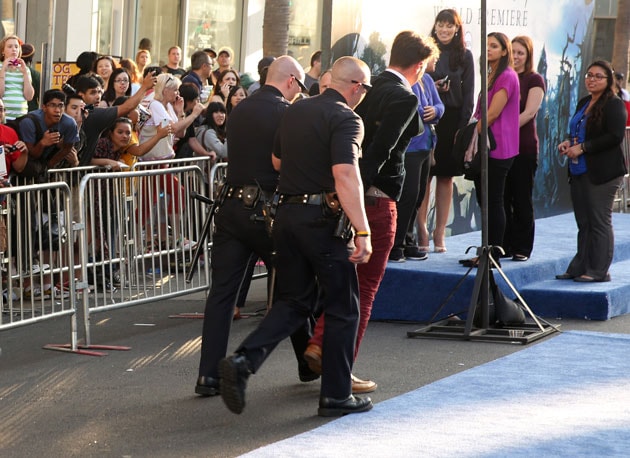 Brad Pitt's attacker was led off the carpet in handcuffs
"The officers who were handling him said it looked like it was intentional, but at this point, it remains to be determined," said Sergeant Leonard Calderon for LAPD Hollywood.
Sediuk, 25, is a Ukrainian television reporter who has often pranked celebrities at red carpet events.
In previous exploits, Sediuk has hugged actor Leonardo DiCaprio's crotch at a Santa Barbara Film Festival event, stormed the stage during singer Adele's Grammy acceptance speech, and been slapped by Will Smith after kissing the actor at a Moscow premiere.
Sediuk did not appear to be armed at the time of the attack on Pitt, and investigators have not yet determined a motive, said Villanueva, adding that he was likely to be arraigned on Thursday. 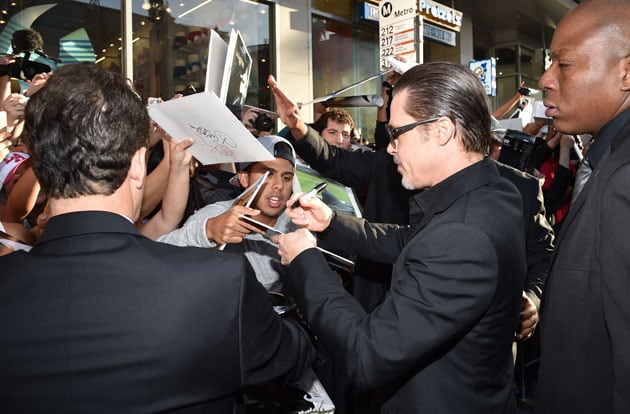 Brad Pitt resumed signing autographs soon after the incident occurred
Maleficent is Disney's modern reimagining of the Sleeping Beauty fairytale, and Jolie stars as its villain. 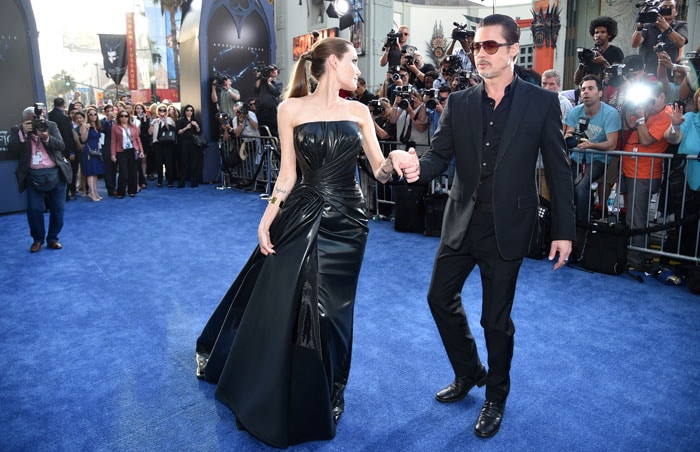