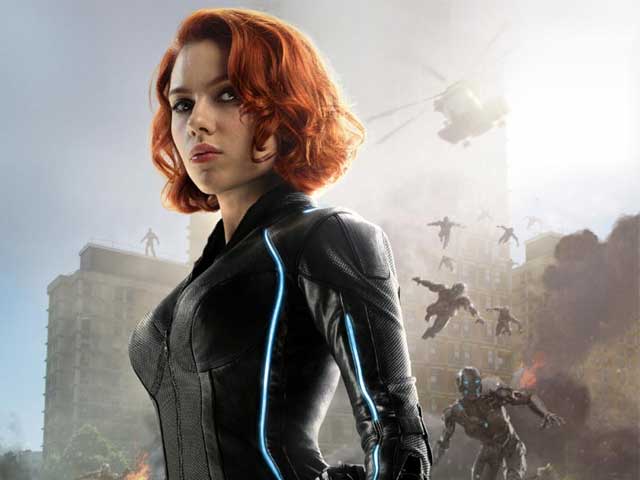 Scarlett Johansson in a poster from Avengers: Age of Ultron

"A Black Widow movie would be cool. I'm always happy to put the catsuit back on and look at myself in all those mirrors," the actress said at a press conference

Actress Scarlett Johansson says she is ready for her own Black Widow movie and having an entire film on her Avengers character would be "cool".
"A Black Widow movie would be cool. I'm always happy to put the catsuit back on and look at myself in all those mirrors," the actress said at a press conference here.
"What's great about playing this character is she's based in something deep and something I can hold onto. She's grounded and is very real. She has experienced a lot of trauma and she's never been able to make active choices for herself, and now she is ready for it," she added.
Scarlett sported a new slick, short haircut at a press conference with fellow Avengers Robert Downey Jr, Mark Ruffalo, Chris Evans and their director Joss Whedon.
During the interviews, many of the actors highlighted the film's introduction of some tender moments between Black Widow and Mark Ruffalo's Hulk, which Scarlett said she welcomed.
"I think one of the qualities of the Black Widow that I really love and am interested in is that she is at a place where she is able to maybe do something for herself and maybe, even have a relationship and open up in that way," the 30-year-old said.
"There is this kind of greater calling that is pulling her but she very selflessly shoots it back and it's heroic, she is a slippery fish in her job but when you get Natasha, she's kind of cool and can be her sexy self," she added.
The movie releases in India on Friday.