Barack and Michelle Obama's First Date, Coming to a Theatre Near You 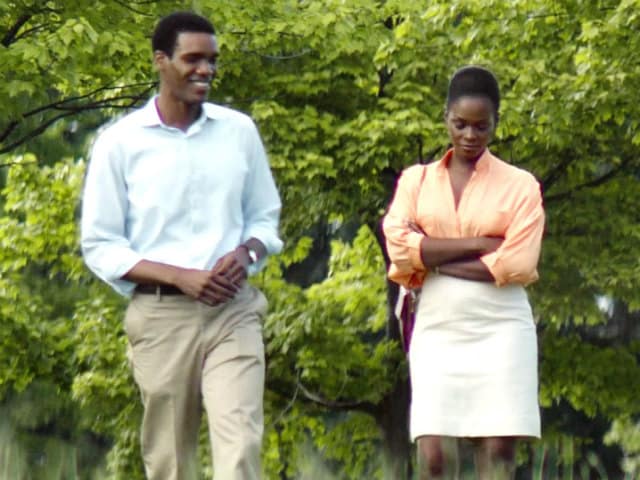 A still from Southside With You.

Southside With You is a feature film about Barack and Michelle Obama's first date in 1989. It's perhaps best described as a Before Sunrise for political wonks: the story spans a single day as the future first couple catch a movie, visit an art museum, and talk about their hopes and dreams while meandering through Chicago

All politicians are actors. They must be, to travel the country telling the same personal anecdotes with the same emotional inflections, all while convincing constituents of their spontaneity and sincerity. When the public wants to know what politicians are really like in private, they either wait for a tell-all by the staff, or they wait for a fictionalized version that feels like it illuminates the truth as well as the facts would.
The new movie Southside With You, which opens Friday, is a feature film about Barack and Michelle Obama's first date in 1989. It's perhaps best described as a Before Sunrise for political wonks: the story spans a single day as the future first couple catch a movie, visit an art museum, and talk about their hopes and dreams while meandering through Chicago. On a more meta level, the movie is about the creation of the Obamas' private-life narrative - a shaping of how the public will understand them in the future and an acknowledgment of how it sees them now.
"Movies that come out after ours are probably going to be conventional biopics," writer/director Richard Tanne said in a recent interview when he and the film's two stars visited D.C. "They'll weave in policy and history. The special thing about being able to focus on this slice of life is that you can bring into it your individual perspective, and whatever your relationship with the Obamas is."
He began working on the script even before Obama had won the 2008 election, after watching how the couple interacted: "The way they'd look at each other, flirt with each other, how authentic and sexy their love seemed to be," he says. "It's rare in regular people, and even rarer in public figures."
The Obamas, in Southside, are not yet The Obamas; they are idealistic 20-something attorneys Barry (played by Parker Sawyer) and Michelle Robinson (Tika Sumpter). Barry is charming but cocky: he's lured Michelle to an outing she doesn't realize is a date, even though he knows she avoids romances with co-workers. Michelle is driven and unimpressed, not wanting to get caught up in her colleague's hype, which was even then prodigious. She keeps his ego in check with an occasional raised eyebrow; he brings her to a neighbourhood meeting at which he's speaking and shows off with a rousing oratory.
Does this feel like the Obamas? An early prototype of them. Whether you find movie-Barack inspirational or a tad smug will likely reflect how you view the man. The same goes for film-Michelle, who is considerably more severe than the real first lady - and who will come across, to different viewers, as either her future husband's brilliant rock, or as the woman who will one day tell the country to stop eating so many Ding Dongs. 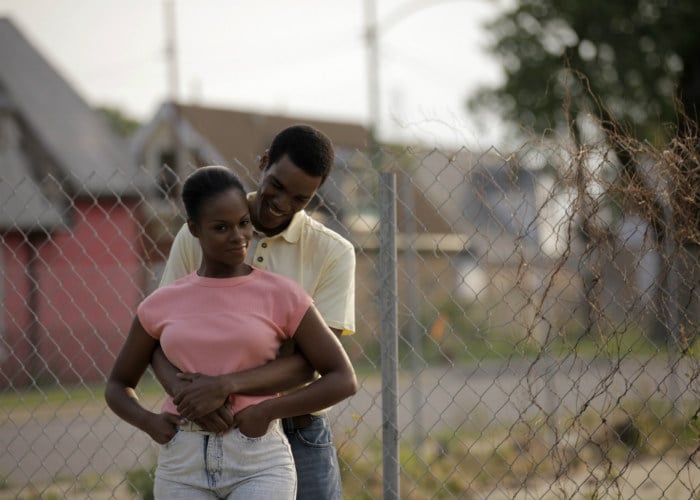 A still from in Southside With You. (Courtesy: Pat Scola/Miramax and Roadside Attractions)

Sawyer, who had been told for years how much he looked like the president, spent hours watching footage of Obama walking, to get the physical embodiment right. "It's sort of perched forward," he describes. "It's a little pigeon-toed, and there's a saunter to it. Denzel Washington has that walk. My father had that walk."
Sumpter, who was also a producer on the film, read Michelle Obama biographies and articles, and worked with a dialect coach on the first lady's subtle Southside accent. "We knew we wanted to embody the essence of who they are," she says.
Of course, the film is also trying to get at who they were, long before they were famous: to square what we know now with what we couldn't see then, as historians transition from talking about Obama's leadership to Obama's legacy.
Narrative accounts of presidents have a way of solidifying or articulating how the public feels about its leaders. Primary Colors, the book and then the movie, depicted the pretend world of a Bill Clinton-esque presidential campaign. The candidate wasn't named Bill, but the drawling governor with voracious appetites - food, sex - provided a Kabuki-like version that seemed to distill the man to his essence and has followed him to this day.
(In a provocative recent example, the New York Times last month published a short story by the novelist Chimamanda Ngozi Adichie, which catalogued an imagined, fretful day in the life of Melania Trump. Did it remotely reflect the real person? It's not clear. But a fake version seemed like it could explain the emotions of an enigmatic figure.)
Southside With You is fortunate to have a lot of source material: Both of the Obamas have talked about their first date on multiple occasions as an important moment in their lives. They did, in fact, go to an exhibit at Chicago's Art Institute, as the movie depicts. And they did go see Do the Right Thing, where they did run into an older white partner from the law firm where they both worked. They did share a kiss in front of a Baskin-Robbins (a plaque outside the real store commemorates this), and thanks to the leader of the free world once mentioning that his wife "tasted like chocolate," we even know what flavor they ordered.
It's a naturally cinematic evening, and given how many times the Obamas have been asked to share it, they're probably relieved that they did more than, say, split a pitcher of beer and shout awkwardly over loud bar music.
But the dialogue of the evening is, of course, all re-created. And so are a few scenes: Though Michelle did once accompany her new boyfriend to a community-organizing meeting, it wasn't on the first date. The film's most affecting scene is a reimagining: After seeing Do the Right Thing - Spike Lee's seminal exploration of race relations - Barack placates the white law partner by offering a comforting explanation for why a store was looted. The white partner leaves, and the Barry turns to a disbelieving Michelle. "I said that to make Avery feel better," he explains. "Mookie threw the trash can because he was (bleeping) angry."
Anyone who has watched Barack Obama try to glide between worlds - referencing his Midwestern relatives when speaking to predominantly white audiences, mentioning his Kenyan roots when talking to black ones - will sense that they're seeing something that feels true, even if it's not.
Here is a future president, young and in love, trying to figure out what mark he'll leave on the world. Here are we, approaching the end of his eight-year run, figuring it out, too.
(c) 2016, The Washington Post
(Except for the headline, this story has not been edited by NDTV staff and is published from a syndicated feed.)