Ben Affleck wanted a do-over playing a superhero after being panned in Marvel's 2003 film Daredevil. "In the last superhero movie that I played, I was not happy with (it). I just thought it was not up to what it should have been," said Ben Affleck who plays Batman in 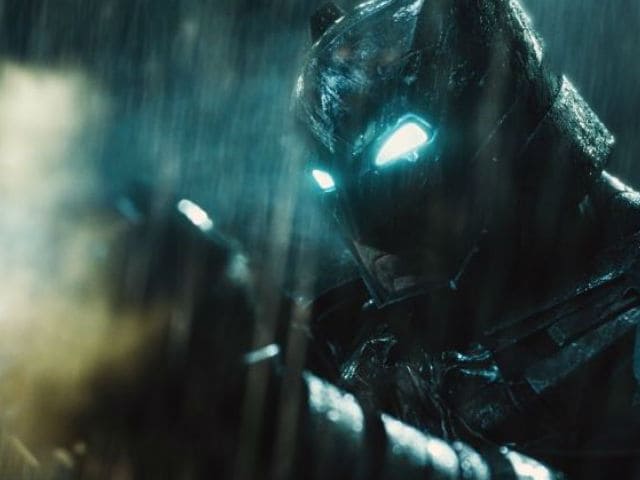 This image was posted on Twitter by Batman v Superman

Superheroes are not the only ones seeking redemption in the new Batman v Superman: Dawn of Justice film. Actor Ben Affleck also wanted a do-over playing a superhero after being panned in Marvel's 2003 film Daredevil.
"In the last superhero movie that I played, I was not happy with (it)," Ben, 43, told Reuters. "I just thought it was not up to what it should have been."
In Batman v Superman: Dawn of Justice, which will be out in theaters on Friday, the actor becomes the latest A-list star to don Batman's black mask and cowl, this time to take on Superman in the sequel to 2013's Man Of Steel. (Also Read: Batman v Superman Cancels London Red Carpet After Brussels Attacks)
The two superheroes come to blows over responsibility for the controversial mass deaths of civilians in Man Of Steel as the public wrestles with what kind of superheroes it really wants.
Ben's Batman and alter-ego, reclusive billionaire Bruce Wayne, is older than the previous onscreen iterations and also wearier, still scarred by the death of his parents and from fighting thugs in Gotham.
Numerous actors have donned the iconic batsuit, including Michael Keaton, George Clooney and most recently, Christian Bale in Christopher Nolan's The Dark Knight franchise from 2005 to 2012, which grossed more than $2 billion worldwide. (Also Read - Batman v Superman: Batffleck Was Once Hated. What Fans Are Saying Now)
Ben said he wanted to do a superhero movie "that really worked as a real, substantial, thoughtful movie," and will continue the Batman role in three Warner Bros' films - Suicide Squad later this year, superhero ensemble The Justice League Part One in 2017 and The Justice League Part Two in 2019.
The casting of Ben Affleck was dubbed "Batffleck" and initially received mixed reactions as fans debated whether he would live up to Bale's critically acclaimed portrayal.
The actor acknowledged he was "following in very big footsteps" and said his Batman is "a little bit more of a brawler, he's more physical." He said Batman also would be "contemplative" going forward.
"He's sort of looking for something," he said.
Henry Cavill, who plays Superman, said Ben's Bruce Wayne harnessed "this jadedness, this world-weariness. It's almost like there's a core of justice there but surrounded by scar tissue."
As Ben is putting his own imprint on Batman, Henry indicated he is not done putting his own twist on Superman.
"We're seeing the guy making mistakes, we're seeing the guy having emotional reactions to stuff," he said. "When we get into those final development stages of Superman, then you'll start to see my stamp on the character."