Beauty And The Beast: In Which Emma Watson's Belle Sings And Hops Around Town

Beauty And The Beast: The clip features Emma Watson as Belle for almost a minute and leaves us wanting for more 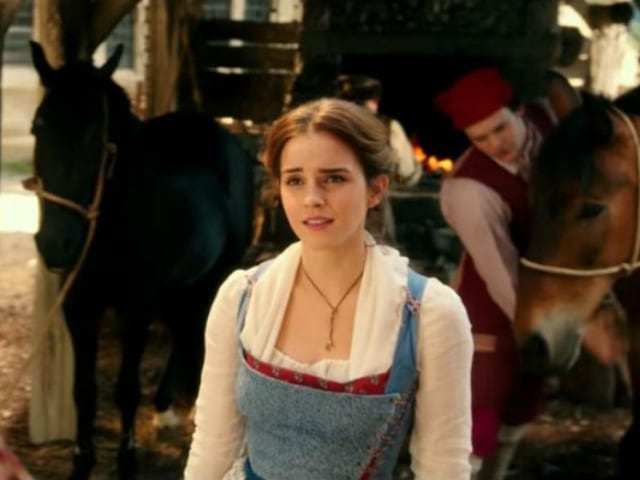 Beauty And The Beast: A still from the video

* Bonjour! Bonjour! *
"There goes the baker with his tray, like always
The same old bread and rolls to sell," sings Emma Watson in a fresh video clip from Beauty And The Beast.
Emma features in a clip extracted a new song from Beauty And The Beast, which just released and we just cannot take our eyes of the enchanting Belle. The song titled Little Town is a reprised version of the original song from the 1991 animated film. The song starts with the daily village chores of just another day - town folks cleaning their windows and bakers carrying fresh batches of breads and little boys stomping their way to school but Belle can be spotted making her way to the library. That should come as no surprise as the trailers released previously made us familiar with the fact that Belle is undoubtedly fascinated by books.
The clip features Emma Watson as Belle for almost a minute and leaves us wanting for more. Beauty And The Beast, which Disney's live action remake of the animated version, is all set to hit screens on March 17.
Video: Watch the new video from Emma Watson's Beauty And The Beast:

Watch the final trailer of Beauty and the Beast:

Here's the first trailer of Beauty and the Beast:

Beauty and the Beast is the musical for which Emma reportedly passed up the starring role in the much-awarded La La Land. The upcoming musical's ensemble cast also comprises actors Luke Evans as villainous hunter Gaston and Dan Stevens in the role of the Beast. Sir Ian McKellen, Ewan McGregor, Emma Thompson and Stanley Tucci - have voiced the inanimate objects that come to life in the Beast's castle. However, none of these characters feature in the new clip from Beauty And The Beast.