The trailer of Beauty and the Beast was preceded by a teaser last May, watched on YouTube over 90 million times since 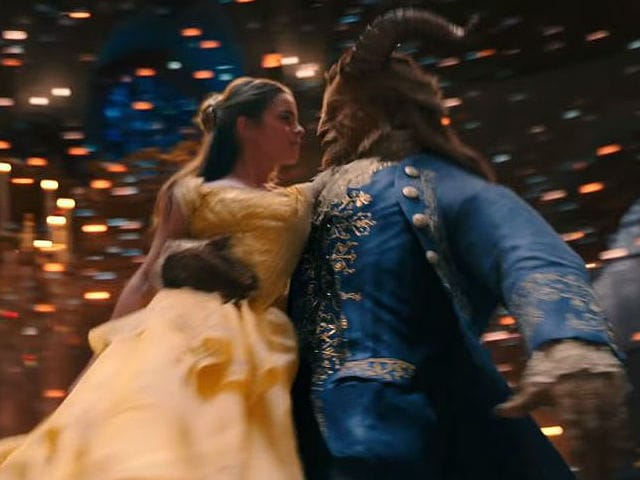 Emma Watson and Dan Stevens in Beauty and the Beast

The first trailer of the live action Beauty and the Beast film released on Monday, beginning the week with a bang. The Disney film remakes the animated 1991 version with Emma Watson and Downton Abbey alumnus Dan Stevens playing Belle and the cursed Beast.
Luke Evans and Kevin Kline fill the remaining live action lead roles. Luke, seen as the heroic Bard in The Hobbit trilogy, is cast here as antagonistic hunter Gaston. Kevin Kline plays Belle's father, an eccentric inventor.
The rest of the major cast have been recruited to voice the household staff-turned-objects that populate the Beast's castle - and what a cast it is: Ian McKellen, Emma Thompson, Ewan McGregor and Stanley Tucci lead a list of notables.
Lumiere, Cogsworth and other beloved characters from the Disney original have all been given the CGI treatment here.
For Emma Watson, plucky, bookish Belle seems a natural progression from plucky, bookish Hermione of the Harry Potter films.
Dan Stevens, much loved as Downton Abbey's Matthew Crawley and seen as a comic Lancelot in Night at the Museum: Secret of the Tomb, is unrecognizable under his Beast make-up - there's a treat in store for both Belle and the audience when the curse is finally lifted.
Watch the trailer of Beauty and the Beast: