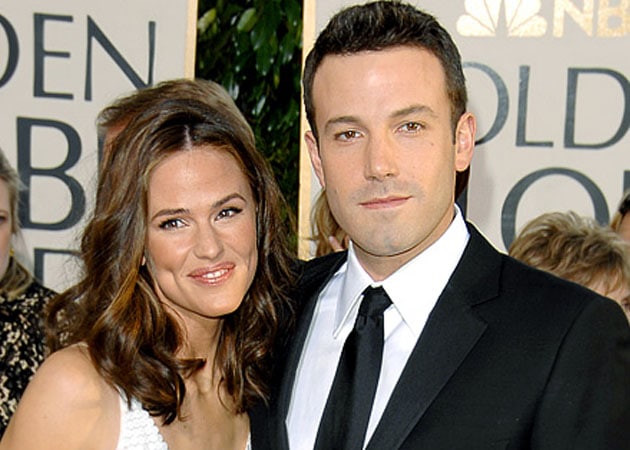 Jennifer and Ben were married in 2005

"Ben and Jen are through!. He's told Jen that he wants the official statement to come out before their ten-year wedding anniversary on June 29," a source said

Three children later, Jennifer Garner and Ben Affleck's 10-year marriage may be in trouble, reports on international sites claim. Ben and Jen have been seen as one of Hollywood's most solid couples and an impending divorce, if true, will reinforce the popular belief that showbiz marriages don't last.
Radar Online reports that Ben and Jen are likely to announce a divorce before their tenth wedding anniversary - which is next month - and quotes a source as saying "Ben and Jen are through! He's told Jen that he wants the official statement to come out before their ten-year wedding anniversary on June 29."
OK! Magazine reports that the couple are "already separated" and that Jennifer, 43, has been "preparing herself emotionally for a divorce" for a while.
A divorce will likely see the actors contest a $150 million fortune, say the reports.
Rumours of a rift in the marriage surfaced when on April 17, Jennifer Garner's birthday, Ben Affleck was spotted on a solo trip to Nova Scotia - and without his wedding ring.
Ben and Jen married in 2005 and have three children - son Samuel, 3, and daughters Violet, 9, and Seraphina, 6.
Ben, 42, stars as Batman in the upcoming Batman v Superman: Dawn of Justice movie. Jennifer is currently shooting for her movie Nine Lives in Montreal.