"Deflategate is the ultimate bulls**t, f**king outrage of sports ever. Its so f**king stupid,- Ben Affleck said on Bill Simmons's HBO Chat show. 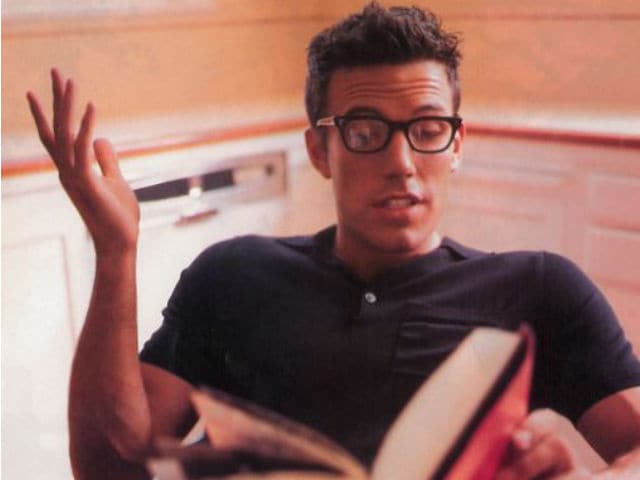 Actor Ben Affleck has been criticized by fans for a rant on American sports columnist Bill Simmons's HBO Chat show. Some viewers said the 43-year-old appeared to be acting completely out of character.
The star launched into an expletive-ridden tirade where he used the F-word frequently. And while some fans liked his 'passionate' display, others found the bizarre speech more than they could handle, reported mirror.co.uk.
"I'm no stranger to blue language, but Ben Affleck is p**ty mouth even by my low standards," one viewer wrote on Twitter.
"Wow. Ben Affleck sure can say F***! .. also F***in," another said.
"What is happening to Ben Affleck right now? And why so much swearing? Any Given Wednesday Is he getting paid by f-bombs??
One viewer simply wrote: "Take a nap, Ben Affleck."
The 43-year-old actor was the star guest on the debut show of "Any Given Wednesday with Bill Simmons", and was asked for his opinion on the 2015 NFL championship game tampering scandal, Deflategate.
Not holding back, he launched into an impassioned rant where he called it a "ridiculous smear campaign" and defended Patriots quarterback Tom Brady.
"Deflategate is the ultimate bulls**t, f**king outrage of sports ever. It?s so f**king stupid,? he began.
However, just minutes in, viewers took to Twitter to comment on the actor?s bizarre behaviour.
Some said the Batman actor appeared to be acting like a "wierdo".
(Except for the headline, this story has not been edited by NDTV staff and is published from a syndicated feed.)