Ben Affleck on Batman backlash: I am very tough 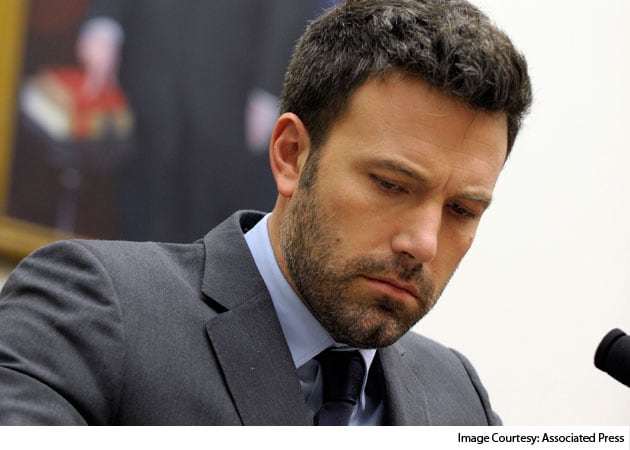 Argo star Ben Affleck had a fair idea that his casting as the caped crusader in the Man of Steel sequel might spark a controversy, but he remained indifferent because he calls himself a tough guy.

Argo star Ben Affleck had a fair idea that his casting as the caped crusader in the Man of Steel sequel might spark a controversy, but he remained indifferent because he calls himself a tough guy.
The 41-year-old actor, who replaced Christian Bale as Batman in the untitled Batman-Superman movie, received heavy criticisms after the casting news with fans even launching an online petition demanding Affleck's replacement, said the Hollywood Reporter.
"They called me up and said, 'Do you wanna do this?' And I thought, 'Well, I'm not 25, man. Are you sure about this?," Affleck said.
After the actor discussed the film with director Zack Snyder, he agreed to star as the new Bruce Wayne in the sequel.
However the executives had warned him about the criticisms to ensure he knew what was at stake.
"'Listen, we want to talk to you because people go through this process and it can be trying... We want to show you some of the reactions that past people who have been cast have gotten, like on the internet and stuff,'" Affleck said.
"(They showed me) people who were in these movies who did a great job and (commenters would) say, 'Kill him!' You can't say that before a movie comes out. It doesn't matter what you think then, it matters what you think when you see the movie." he added.
Affleck was advised not to go online for a few days, but he did so anyway.
"I said, I'm a big boy. I can handle any snub. I can handle anything. I'm very tough,'" he said.
"So, I saw the announcement, I look down the thing and I look at the first comment. The first comment goes, 'No.' I'm like, 'We're going to be Luddites for a while, kids.'" he added.
The movie is slated to hit theatres on July 17, 2015.