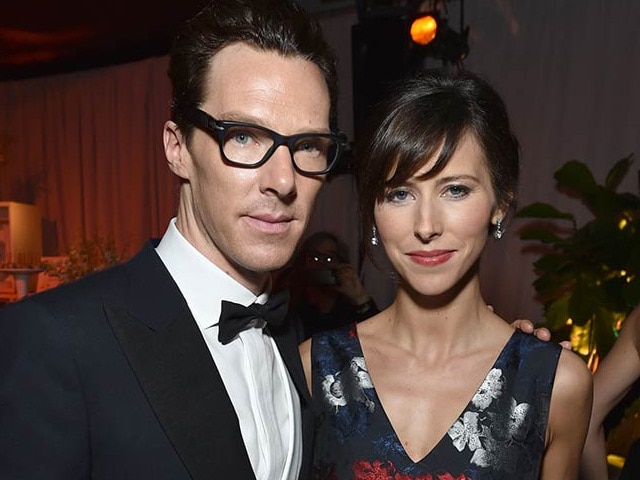 Benedict Cumberbatch and Sophie Hunter photographed at an event in Los Angeles.

Sherlock star, Benedict Cumberbatch, opted for Carlton because it is a family name which both the actor and his father Timothy share. Benedict and his wife Sophie Hunter welcomed their first child on June 1

Actor Benedict Cumberbatch and wife Sophie Hunter have reportedly named their two-month-old son Christopher Carlton Cumberbatch.
The Sherlock star opted for Carlton because it is a family name which both the actor and his father Timothy share, reports dailymail.co.uk.
Benedict portrayed a character called Christopher in the BBC TV adaptation of Parade's End, which was written by Tom Stoppard. (Also Read: It's a Boy for Benedict Cumberbatch and Sophie Hunter )
The couple were said to be "delighted" after welcoming their first child together on June 1.
The actor's representative announced Sophie's pregnancy in January, two months after they got engaged.
The duo got married in a private wedding ceremony on February 14.