'Best Englishman' and Other Top Moments From Berlin Film Fest 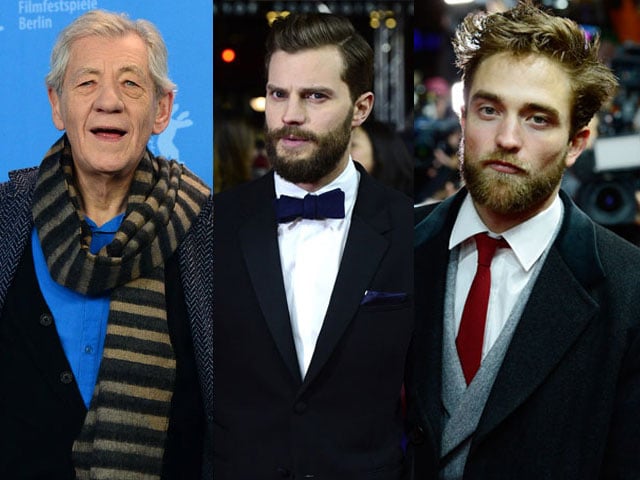 The 65th Berlin film festival headed into the home straight on Friday after premieres from some of the world's top directors and stars. Ahead of the gala awards ceremony on Saturday, when a jury led by Hollywood director Darren Aronofsky will hand out the prestigious Golden and Silver Bear prizes, here are some of the top moments on and off screen:

BEST 'METHOD' APPROACH TO ACTING: Juliette Binoche, for Nobody Wants the Night

The Oscar-winning French actress, after the premiere of her much-maligned film which opened the 11-day festival, said that getting into character for the role of Arctic explorer Josephine Peary during the shoot on the sun-kissed island of Tenerife required special props.

She told reporters that she ordered a refrigerated meat truck to the set to spend time in to get into a frosty mood.

"We had to create the chills because it was really bloody warm in the studio," Binoche said.

The Twilight heartthrob, who is often hounded by the paparazzi, said playing the photographer who helped make James Dean into an icon in Anton Corbijn's movie had made him spare a thought for the snappers in the bushes.

"I do feel like being a paparazzi for a second - I do empathise with their plight," the 28-year-old said with a laugh.

I was filled with self-loathing, wretchedness - I wanted to really kind of harm myself at the end of every day," he said.

BEST PERFORMANCE STANDING IN FOR AN ABSENTEE DIRECTOR: US filmmaker Terrence Malick for Knight of Cups

The famously reclusive Texan hasn't given an interview in several years and does not attend his own premieres.

His stars Christian Bale and Natalie Portman were left to represent the film at the festival and field questions at a packed press conference.

But it didn't stop an Eritrean reporter from putting a question to Malick.

"I have a question for the director" he said, drawing a big laugh from the assembled journalists.

Bale and Portman blinked in silence at the expectant newsman until the actress responded tartly: "The director's not here."

The gala screening of Fifty Shades was the hottest ticket of the festival and Dornan, whose chiselled chest was on display in the movie's abundant sex scenes, said he wished he had had more time to work out to get ready for his close-ups.

But he added: "I actually spend quite a lot of time naked so that doesn't feel like that big a deal to a British person."

Mr McKellen called the role of the master sleuth Sherlock Holmes living in retirement in the English countryside and haunted by regrets "a part and a half".

"He's one of the great Englishmen and he never lived - it's astonishing," Mr McKellen told reporters after a press screening. But he said his recurring role of Gandalf the wise wizard in the Lord of the Rings series was of the same ilk.

"Of course I always think that Gandalf is really an Oxford professor who puts on a false beard to go and meet small people," he joked.

The famously eccentric Herzog recruited a vulture found by the side of the road during the on-location shoot in Morocco, to appear in a scene in which the stars of the film, Nicole Kidman and James Franco, share their first on-screen kiss.

Franco said he assumed the bird of prey had been trained and was startled when it "actually snapped at Nicole one time".

"That kind of bonded Nicole and I," the American actor said, smiling at Kidman.

The American actor was asked whether he prepared differently for arthouse fare and the "stoner films" that made him famous. "Um, every film is different," said a laconic Franco. "I feel confident doing either kind."

Set in Berlin, the film follows a group of underclass youths and a Spanish student who get caught up in a bank heist gone wrong. The movie, which generated major buzz during the festival, was shot in a single take of two hours and 10 minutes. It took the filmmaker three tries until he pulled it off.

"We had this huge amount of self-confidence and we thought we'd be able to do this," he told reporters.

"When I realised we were heading toward the abyss, we just carried on." The Berlin film festival wraps up on Sunday with screenings of the most popular features.