Birdman Explores Ego and Art, On Screen and Off 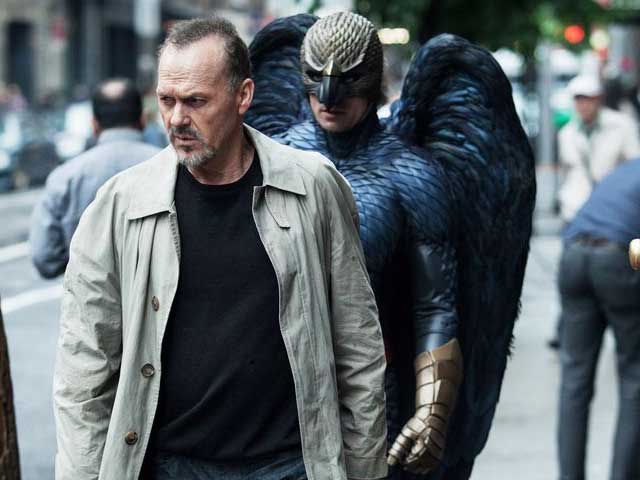 A still from Birdman

"The only time our perspective is edited or cut is when we tell stories from our lives," said Alejandro Inarritu

Director Alejandro Inarritu says the only way to communicate the struggle between a celebrity and his ego in Birdman was through long, uninterrupted shots that move at the pace of life.

Those sweeping takes - the subject of much discussion this Oscar season - are intended to mimic the way people see the world, he says: "We open our eyes and go with a Steadicam all day, and we can't escape."

"When we get up, there are no edits," the filmmaker said. "The only time our perspective is edited or cut is when we tell stories - fiction - or experience a memory from our lives. But in reality, our lives are - absolutely, all the time - only linear. They move in only one direction," he said.

Alejandro felt he had to capture that sense of movement and bring viewers inside the characters' perspectives to express such a personal, internal notion as ego. His creative storytelling and aesthetic, where the whole film appears to be one continuous shot with no edits, led to nine Academy Awards nominations Thursday, including best director and best picture - a heady experience for even the most in-check ego.

Emmanuel Lubezki, nominated for his thrilling cinematography, carries viewers through the action: up the stairs, down hallways and through windows. He called the photography "an experiment that thankfully turned out well."

So how'd they do it? Alejandro won't say exactly.

"I would prefer to have the rabbit in the hat," he said, but added the approach inspired the actors and made him "more honest" as a filmmaker. What we do know is those fluid, single-camera shots required pacing and tone - elements that would typically be manipulated in post-production - to be thoroughly addressed ahead of time. Instead of multiple takes, there were multiple rehearsals.

"I needed a meticulous exploration of every word, every step, every movement, every look of actors to define where that camera will be and where it will come," Alejandro said. "So we got (the cast) together with much more time to explore dramatic objectives and to understand what the characters wanted, needed and how they will get it."

The long rehearsal period allowed the actors to "own" their characters and their words, he said. Once shooting began, it was like "an endless spaghetti that cannot be cut."

The Mexico-born director's past credits include more serious-toned fare such as 21 Grams, Amores Perros and the Oscar-nominated Babel, but he was moved to explore the human condition of ego through a comedic lens.

"I wanted to approach with some humor - not irony, not cynicism - but just literally try to see those tragic facts of life, of our lovely and pathetic reality as human beings," he said.

He wanted to explore the fight within the self over ego - Who am I? Who should I be? - as it relates to the classic debate about art: whether prestige or popularity matters more.

Now, with nine Oscar nominations, is Alejandro concerned his ego could sprout wings?

The 51-year-old said he tries to resist allowing industry recognition to make him feel like a winner or loser, but is grateful for the support and hopes it brings more viewers to Birdman. Just making the film feels like a victory to him.

"The moment you present something and create catharsis in the people, you have done something that has an effect emotionally, and that's artistic already, no matter if the people consider it good or not," he said. "That is something that is not easy, and I feel proud about that."

Then, Riggan's voice, or maybe Birdman's, creeps in.