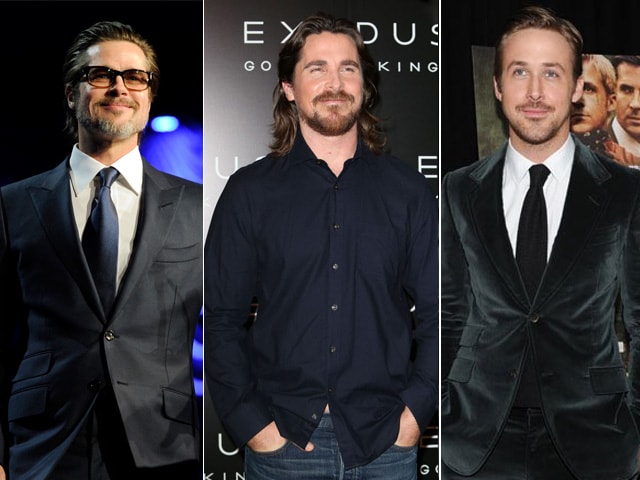 The three actors are in various stages of talks to star in the film.

Actors Brad Pitt, Christian Bale and Ryan Gosling are teaming up to star in the adaptation of Michael Lewis's best-seller The Big Short: Inside the Doomsday Machine.
The three actors are in various stages of talks to star in the film, which is the adaptation of Mr Lewis's chronicle of the housing and credit bubbles of the 2000s that led to the 2007-2008 global financial crisis, reports hollywoodreporter.com.
Following the success of Moneyball, Brad is producing the film, which is scripted by Adam McKay. Adam is expected to direct the drama, although there is no announcement yet.
The project is not expected to be Christian's next, though it is still unclear what the Oscar winner is currently eyeing.
He was poised to play the late Steve Jobs for an untitled project that was originally set up at Sony and it was eventually put in turnaround and picked up by Universal. He is also attached to star in Fox's The Deep Blue Goodbye.
Meanwhile, Ryan is currently shooting for The Nice Guys, which is directed by Shane Black.