In February, Angelina Jolie was in Cambodia to promote her film First They Killed My Father. The 41-year-old actress was accompanied by her six children. According to reports, they had to 'split time' between the former couple during the trip 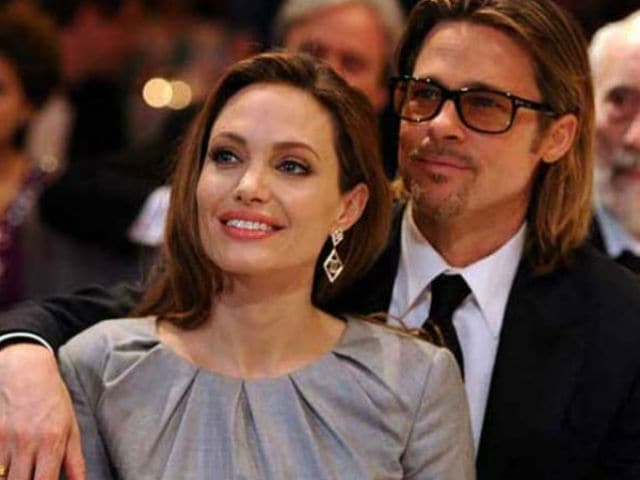 Brad Pitt and Angelina filed for a divorce last year

Angelina Jolie and Brad Pitt broke many hearts when they filed for a divorce in 2016. Last month, the 41-year-old actress was promoting her film First They Killed My Father in Cambodia. She was accompanied by her six children during the trip. According to reports, actor Brad Pitt joined his former wife Angelina Jolie 'secretly' in Cambodia. "Brad Pitt was also in the same country most of the time except when it conflicted with his own shoot schedule," a source told eonline. A second source added that the former couple's children 'split time' between them during the trip. "All through production and filming, and on her most recent press trip, Brad came to Cambodia in secret to spend time with the kids. They were with Angelina for probably 75 percent of the time when Brad was in the country and they'd go back and forth between her and Brad," eonline quoted the second source as saying.
"He wasn't in Cambodia the entire time they filmed, but he made multiple trips there to spend time with the kids. Things have settled between Brad and Angelina. It's not as tense as it had been. They are focused on the kids and working to do what's best for them," a source told eonline.
Angelina and Brad Pitt have six children together, three of whom were adopted internationally. Their names are - Shiloh Jolie-Pitt, Maddox Jolie-Pitt, Knox Jolie-Pitt, Vivienne Jolie-Pitt, Zahara Jolie-Pitt and Pax Jolie-Pitt.
"Brad has been able to spend more time with the kids. He's doing well and is focused on healthy, clean living. He's in a good place," eonline quoted a source as saying.
On the work front, Brad Pitt will next be seen in World War Z 2. The film, which is a sequel to the 2013 movie World War Z, is scheduled to release in theatres on June 9.