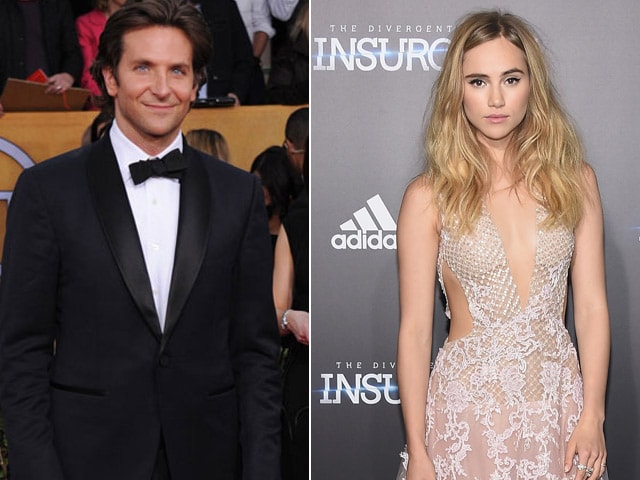 American Sniper star Bradley Cooper reportedly split from his girlfriend, model-actress Suki Waterhouse after dating her for two years. The couple grew apart due to their hectic schedule, reported the Us Weekly.
Bradley, 40, started dating 23-year-old Suki in 2013. They were never shy to show their affection for each other but they rarely discussed their relationship in interviews. (Also Read: Bradley Cooper's Girlfriend Suki Waterhouse 'Hopes' he Will Propose Soon)
"I don't talk about my boyfriend because it's boring," Suki once told Elle UK.
Bradley was earlier married to actress Jennifer Esposito, who is now married to British model Louis Dowler. His other ex-girlfriend Zoe Saldana, whom he dated on-and-off before he started dating Suki, is also happily married now. She has twin sons with husband Marco Perego.