Brendan Fraser is in India to Film Thriller With Radhika Apte, Ronit Roy

Ronit Roy said: "I am shooting with him from June 17. It is a great script and I play a very complex character. I am very excited about my role." It also stars Neeraj Kabi, Radhika Apte and Prem Chopra 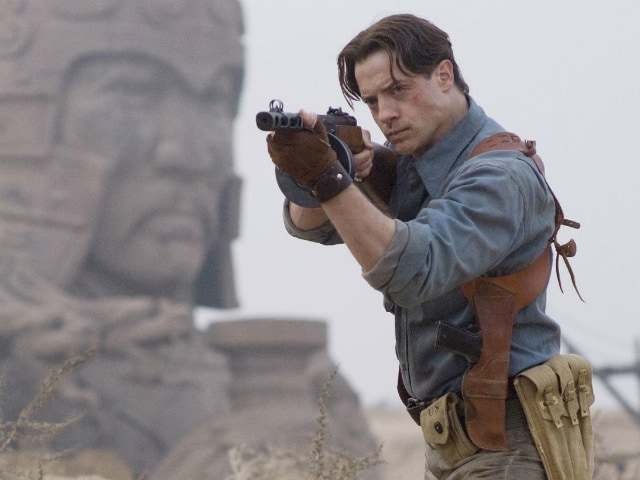 Brendan Fraser in a still from The Mummy: Tomb of the Dragon Emperor.

Hollywood star Brendan Fraser, best known for his roles in The Mummy trilogy is in Mumbai to shoot The Field. He will soon head to the capital for the filming of the movie, revealed actor Ronit Roy who is excited about sharing screen space with him.
The shooting of the film, directed by Rohit Karn Batra, will begin in Mumbai. It also stars Neeraj Kabi, Radhika Apte and Prem Chopra.
Ronit told IANS: "I am shooting with him (Mr Fraser) from June 17. It is a great script and I play a very complex character. I am very excited about my role."
"Some portions of the film will be shot in Delhi and some in Mumbai. The main focus will be Delhi," he said.
The Field is Ronit's first Hollywood project, while Mr Fraser has starred in films like Bedazzled, George of the Jungle, Looney Tunes: Back in Action and Journey to the Center of the Earth. In The Mummy, he played the role of Rick O'Connell.
Ronit, a popular name in the Indian TV industry and an actor who has starred in films like Udaan, That Girl in Yellow Boots and 2 States, said that his role in The Field will be somewhat "grey, complex".
Guy Louthan and Jai Khanna of Brillstein Entertainment Partners are reportedly are producing The Field, which is a crime thriller set in the heart of New Delhi.
"It explores an undercover operation between a generational Indian mafia family through the themes of greed, corruption, family and loyalty," read a description of the movie.