#Brexit is Top Twitter Trend. Here's What Celebs Are Saying

"Scotland will seek independence now. Cameron's legacy will be breaking up two unions. Neither needed to happen," J K Rowling wrote on Twitter 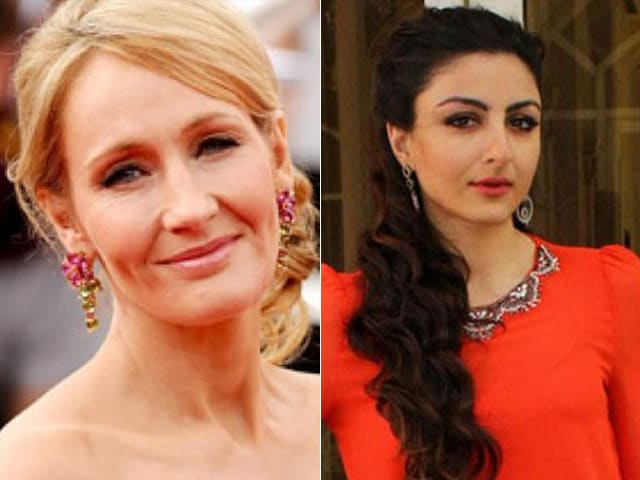 This image on the left was posted on Instagram by _jk.rowling

Britain has voted to leave the European Union and #Brexit is the top trend on Twitter this Friday. Britons decided by 52 percent to 48 percent in favour of quitting the EU, a margin of more than one million votes, final results showed.
On Twitter, most celebrities grieved. Brexit opponents included Harry Potter author JK Rowling, TV host James Corden and The Sandman creator Neil Gaiman.

Scotland will seek independence now. Cameron's legacy will be breaking up two unions. Neither needed to happen. https://t.co/4MDj7pndcq

I can't get my head around what's happening in Britain.I'm so sorry to the youth of Britain. I fear you've been let down today x

Dear UK,
good luck.
I am afraid you are going to need it,


An amazing turnout. Wherever we're headed, it's not with a whimper.

Congratulations exiters. Reverse is across and down, easy on the clutch.

Elizabeth Hurley, who voted to Leave, tweeted midway though the counting of votes:

And suddenly the birds are singing.....still glued to the TV though #Brexit


A victory for fear and isolationism. Is this the beginning of the break up of the European Union? #Brexit

If there was anymore evidence needed the world has gone mad. #Brexit 'Keep Calm And Stab Yourself'.

'Tis the summer of our discontent #Brexit

Absolutely devastated UK has voted #voteleave#brexit .People have voted emotionally without understanding the massive repercussions of this

Kabir Bedi alone was uplifted by the result:

#Brexit is a real revolution. #Britain's biggest leaders asked people to remain in #EU but they revolted, and voted to leave.

The funniest Brexit tweet was posted by, naturally, Shah Rukh Khan, two days before the referendum:

I c this trend in News where leaving of someone or something is headlined as Rexit or Brexit.So if I leave from sumwhere am I Sexit??

Britain will be the first country to leave the EU since its formation - but a leave vote will not immediately mean that Britain ceases to be a member of the 28-nation bloc.
That process could take a minimum of two years, with leave campaigners suggesting that the referendum campaign may not be completed until 2020, the date of the next scheduled general election.