"The reason Bridget Jones has become a huge hit worldwide was not just because of the comedy but because people identified with Bridget's fear of loneliness. It's a universal fear, and one that's still a prominent theme in the character's journey," said director Sharon Maguire 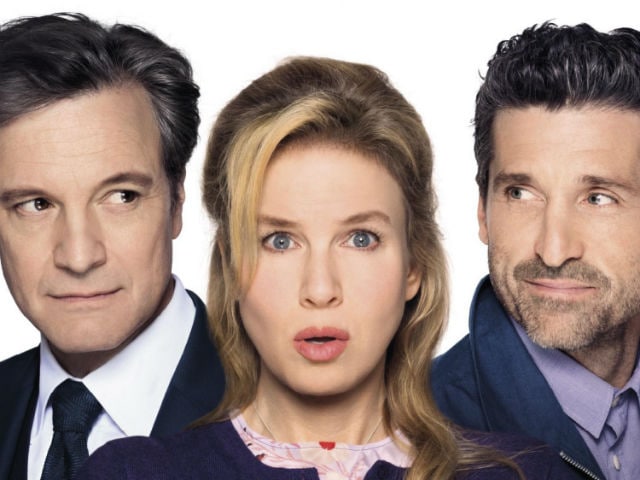 A poster of Bridget Jones's Baby

It has taken 12 years, but the latest episode in the misadventures of cinema's most hapless singleton finally makes it to the big screen on Monday, with the premiere of Bridget Jones's Baby in London.
More than a decade has passed since the disaster-prone, chardonnay-swigging heroine played by Renee Zellweger broke up with her long-time object of desire, Mark Darcy.
In that time Bridget has pulled herself together and climbed the corporate ladder to become an award-winning television news producer.
Out have gone the mountains of self-help and diet books, with her bedside table now heaped with heavy-weight political tomes and biographies of Russian leader Vladimir Putin.
But Bridget, the hugely popular creation of British journalist Helen Fielding, still finds herself alone on her 43rd birthday crying into a bottle of white wine to Celine Dion's All By Myself.
Yet as the title of the film suggests, she is not going to be alone for long.
Bridget finds herself pregnant after falling into bed with Mark (played again by British actor Colin Firth) shortly after a muddy and drunken tryst with a handsome American internet billionaire at a music festival.
The only problem is that Bridget - thanks to a packet of out-of-date dolphin-friendly biodegradable condoms - is not quite sure which one of them is the father.
Long Wait
"Bridget is eternally optimistic, self-effacing and finds humour whenever facing adversity," said 47-year-old Texan Renee, who reprises her almost flawless British accent.
"She's perfectly imperfect, and that's what people relate to in her," she said in publicity notes for the film.
Written by Helen with actress Emma Thompson (who also stars as Bridget's gynaecologist) and Borat and Bruno screenwriter Dan Mazer, the film is the third in the Bridget Jones trilogy, with Sharon Maguire, who directed the first instalment, returning to the helm.
Sharon said that despite the long wait for the trilogy to be completed, there was no question of getting another actress to play the lead.
"You simply can't make Bridget without Renee," she said.
It was sentiment echoed by producer Eric Fellner. "Renee is the greatest comedienne of her generation. On top of that she's also a brilliant actress."
"Now she owns this character, and it's impossible to envisage anyone else playing her," he said.
Sharon, who herself had a late arrival into motherhood, said the reason Bridget Jones has become a huge hit worldwide "was not just because of the comedy but because people identified with Bridget's fear of loneliness. It's a universal fear, and one that's still a prominent theme in the character's journey."
The weight-obsessed, perpetually hungover Bridget Jones character first appeared in a column in The Independent newspaper in 1995 before Fielding wrote a series of bestselling books.
(This story has not been edited by NDTV staff and is auto-generated from a syndicated feed.)