Cannes 2013: A Touch Of Sin, the boldest work to emerge from China in years 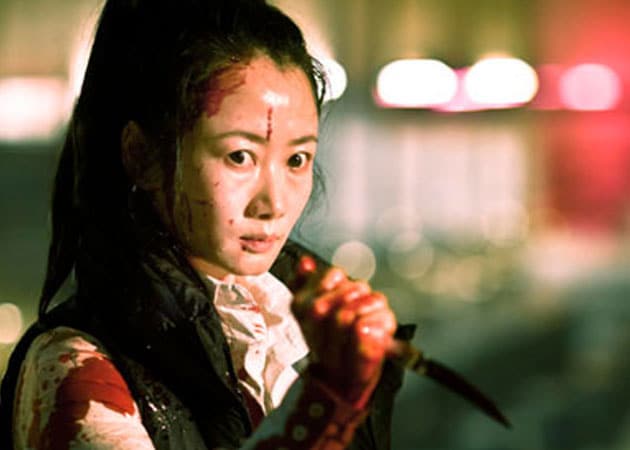 A still from the movie

The only Chinese contestant in the running for this year's Palme d'Or, A Touch of Sin (Tian Zhu Ding) reaped enthusiastic applause at a press screening on Thursday.

Disgusted by corrupt local leaders, an angry miner picks up a shotgun. A migrant worker returning home looks to armed robbery to escape a life of relentless bleakness. A pretty receptionist at a sauna is driven to the limit when a gangster tries to rape her. And a young man drifts nightmarishly from job to job to try to make ends meet.
These tableaux would not be out of place in a gritty European art-house movie, but at the Cannes Film Festival, they feature in one of the boldest works to emerge from China in years.
The only Chinese contestant in the running for this year's Palme d'Or, A Touch of Sin (Tian Zhu Ding) reaped enthusiastic applause at a press screening on Thursday.
It portrays China in the throes of brutal change -- a damaged society where corrupt officials, petty criminals and greedy bosses from Hong Kong and Taiwan hold sway.
Living in the cracks are the country's anonymous army of migrant workers. Uprooted, alienated and exploited, they struggle to repair damaged relationships with their distant families, or save up for the pilgrimage home at the Lunar New Year.
In one shocking scene, the sauna receptionist is battered around the head by a club of banknotes wielded by her assailant who screams: "I will kill you with my money!"
In another, Hong Kong businessmen are bizarrely entertained by teen prostitutes dressed in sexed-up Communist uniforms, who march around in thigh-high boots as they chant a proletarian anthem.
All four narratives are inspired by tales that happened in real life, and make reference to events -- including a high-speed train crash and suicides in foreign-owned factories -- that have darkened China's reputation around the world.
When the trailer of the film was uploaded on Wednesday to Youku -- China's Youtube -- the message boards buzzed.
"I don't know if it will be shown in China ...," wrote a person under the user name anqionganchouannongcun.
"It can be shown at Cannes, but certainly not in Chinese theaters," predicted a user posting under the name blooper on China's Twitter-like service, Sina Weibo.
Not so, said director Jia Zhangke.
In an interview with AFP, he said the film has not only been officially approved. It was also part-funded by a state-owned organisation, the Shanghai Film Group Corporation. And it will be seen in China uncensored.
Asked whether A Touch of Sin was for foreign consumption only, he said: "The film is going to be seen in China.
"I got the authorisation before coming to Cannes, which is good news for me. The version that will be presented in China is the one you have just seen."
The film stars Jiang Wu, Zhao Tao, Wang Baoqiang and newcomer Luo Lanshan, with Jia providing the script.
A Touch of Sin is the seventh feature film made by the 43-year-old, who has a record of commentary on the social cost of China's dash for prosperity.
In 2006, he won the Golden Lion at the Venice Film Festival for Still Life, set in a town on the Yangtze River that is about to be drowned by the Three Gorges Dam project.
And in 2008, he was in the running for the Golden Palm with 24 City, about the bulldozing of an old factory to make way for luxury high-rises, throwing thousands out of work.
Jia says the film's English title pays tribute to A Touch of Zen, a 1971 martial arts film by Taiwan's King Hu.
That movie is a classic in a genre known as wuxia, where the central character has no resort other than violence to defend himself, he said.
Asked whether the timing and context of A Touch of Sin boosted its chances at Cannes, Jia laughed and said he was only thinking right now of getting the maximum number of people to see the movie "and the message it conveys."
"Today, we are entering an era in China where one is one's own media and there is huge discussion on Chinese twitter about things happening in China," said Jia.
"If it sparks discussion and reactions of all kinds, that would give me greatest happiness."